US Secretary of State says status-quo between Israelis, Palestinians is unsustainable, warns of de-legitimization of Israel. 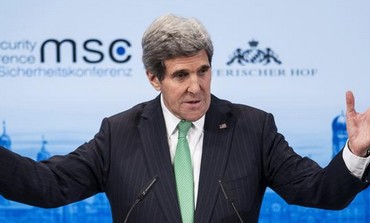