The news visitors center at the former site of the former Hiriya garbage dump is in the middle of the TA metro area. 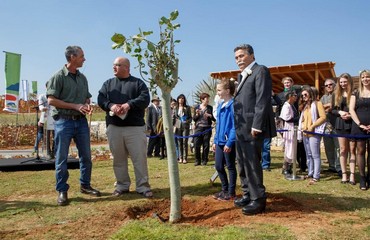