By ELANA KIRSH
Numbers Crunch 311
(photo credit: Mrkay Design)
Advertisement
A new hashtag, #GMJ, was active on Twitter in the Middle East at the end of this week, ahead of Friday’s “Global March to Jerusalem” marking the 36th anniversary of Land Day. Traditionally, Palestinians in the West Bank, Gaza Strip and elsewhere join Israeli Arabs in the Galilee and Negev to protest government policies they say infringe on their land rights. This year, organizers hope to see a multi-pronged rush on Israel’s frontiers with Syria, Lebanon, Egypt and Jordan as well as marches in the Palestinian Authority, Gaza and east Jerusalem.On Twitter, pro-Palestinian protesters were posting details about individual marches and calls to action. However, at time of writing, the term was still rising and not yet among the top trending terms in the region, according to Trendsmap.But it wasn’t just supporters using the tag; pro-Israel advocacy group StandWithUs, was blasting their feed with hasbara (public diplomacy) tweets such as this:

The march’s official Twitter stream, @GM2J, was also posting updates on the protests.As the protests kick off on Friday, Jerusalem Post reporters will be tweeting live updates from around the country.Ahead of the march, almost 1,000 JPost.com readers answered a quick vote on the protests. Some 40 percent of respondents believe that the protests aim to spread anti-Israel sentiment and have little connection to Arab rights, while 30% went even further to call the initiative an attack on Israel's borders and a threat to its existence.

Staying on social media and live tweeting, Jerusalem Post reporter Ben Hartman reported live from a rally in Tel Aviv last week. The story was the week’s most popular JPost article on Facebook, with thousands of readers following the feed.Zooming out to look at the week’s news, the local focus of this past week was centered on French terrorist Mohamed Merah, who killed seven people in France before being killed by sniper fire after a 30-hour police standoff outside his home. On JPost.com, the one deviation from the theme which made it to the Top Five was a news story in advance of the planned Land Day marches.JPost Top Five most-read stories: 1. Report: 'French teacher asked minute's silence for Merah'2. Officials: Israel ready for ‘Global March to J'lem’3. French gunman jumps to his death in hail of bullets4. French Jews sigh with relief after gunman is killed5. Column One: Mohamed Merah – Man of the WestOn the talkback forums, however, it was completely different stories which got JPost.com readers talking. Four of the five most-active threads were on Israel’s decision to cut off all ties with the UN Human Rights Council after it decided to dispatch a fact-finding team to Israel to probe the impact of settlements on Palestinian human rights.JPost Top Five most-active threads:1. Israel won't cooperate with UN probe of settlements2. Israel severs ties with UN Human Rights Council3. 1,000 march in Tel Aviv against war with Iran4. 'Israel leaving UNHRC would be regrettable'5. FM considers withdrawing envoy from UNHRCLast up, some Facebook stats in honor of The Jerusalem Post’s freshly launched Facebook timeline. This graph, courtesy of SocialBakers, shows the breakdown of Israelis active on Facebook. According to the social media website, 47% of Israelis are active on Facebook, making up some 66% of the country’s online population. 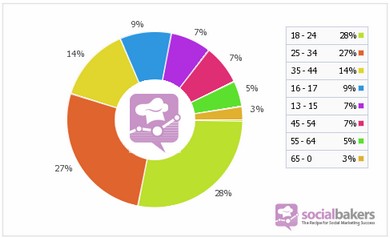 Oren Kessler contributed to this report.From news sites to blogs, tweets to videos, The Numbers Crunch is a weekly column which zooms out and brings you the big picture online, from Israel, the Middle East and around the world, and poll results from JPost.com.The writer is the Internet desk manager at The Jerusalem Post
Advertisement
Subscribe for our daily newsletter