The Weekly Schmooze: Carly Rose for the win!

By LAHAV HARKOV
weekly schmooze 311
(photo credit: Courtesy)
Advertisement
The Schmooze has been following "X Factor" rising star Carly Rose Sonenclar since the beginning of the show's second season, and now she's made it to the finals. The 13-year-old phenom performed a duet with country star Leann Rimes, singing "How Do I Live," a hit the latter released when she was 15. The judges – particularly Sonenclar's mentor Britney Spears – were very enthusiastic about the performance. Now all that's left to do is wait part to of the finals and see if Sonenclar is the season 2 "X Factor" champ.A new twitter account, @SeinfeldToday, guessing plotlines if "Seinfeld" was on the air today, has become a huge hit, with nearly 300,000 followers in 10 days. Gary Rudoren, husband of New York Times Jerusalem Bureau chief Jody Rudoren, was inspired, and opened his own version, @SeinfeldIsrael, on Tuesday.

Elaine embarrasses herself at a mikva.Jerry &amp; George brag to the wrong people about eating traife.Kramer enrolls in a off-beat yeshiva.
&mdash; SeinfeldIsrael (@SeinfeldIsrael) December 18, 2012

This may be old news for Directioners – aka hard-core "One Direction" fans – but Harry Styles, teen heartthrob and boyfriend to Taylor Swift has a tattoo in Hebrew. It says "Gemma," his sister's name, in Hebrew. Styles isn't Jewish, and hasn't explained why he chose to be inked in Ivrit. One Direction – boldly going where Justin Bieber has gone before. 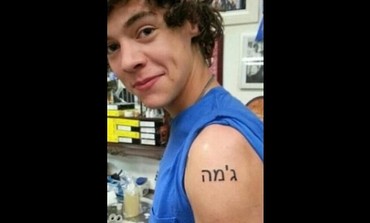 (Source: Twitter)Moving on to the One Direction's home turf, the UK, Sacha Baron Cohen won the Outstanding Achievement to Comedy in the 2012 British Comedy Awards – and Ali G accepted with his usual tact and grace.In strange-but-true news, Mandy Patinkin, star of "Homeland," and more importantly, "The Princess Bride," was on a talk show, when the host took off mid-interview because his wife was in labor. Patinkin said "this was the most exciting thing I've ever had happen!" and could not hold back his enthusiasm about the baby. He even sang about it.Last but not least, a big "Mazel Tov" goes out to sort-of-Jewish NBA star Amar'e Stoudemire, who got married last week, on 12/12/12, to longtime girlfriend Alexis Welch. Only a few family members, including their three children, were present, and Stoudemire wore a kippah and tallit. No word on whether Welch broke a glass. 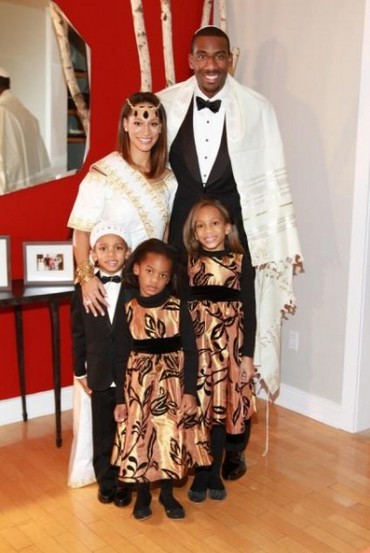 (Source: www.AmareStoudemire.com)The Weekly Schmooze collects the hottest Jewish culture news from around the world. Ranging from celebrities to philanthropy to quirky communities, we're here to schmooze about Jews.

If you have any news to share with The Weekly Schmooze, write to: [email protected]
Advertisement
Subscribe for our daily newsletter