By LAHAV HARKOV
The Weekly Schmooze 300
(photo credit: JPost.com staff)
Advertisement
Yom Haatzmaut is fast approaching, and the videos are already here!
The Ein Prat Fountainheads, known for their many holiday-themed parody videos, wrote an original song for Independence Day, called "Hope." The music video features their patented Israeli folk dances, plus some funny falafel moments.    Yom Haatzmaut is a good time to think of all the things you love about the Jewish State, and if you're not good at writing lists, Israeli university students from the StandWithUs Fellowship have you covered with 65 reasons to love Israel:
Passover ended almost two weeks ago, but "Saturday Night Live" didn't get the message yet, and put a very funny holiday segment in its last episode. Jacob the son of Weekend Update host Seth Meyers' podiatrist, played by Vanessa Bayer, tries to tell the story of Passover and got bogged down by Bar Mitzva speech tropes, complete with cheesy jokes and reading from a page in a thick Long Island accent.    Twelve-year-old Nathan Schwartz is taking the rap world by storm. No, he doesn't rap, but somehow he's managed to meet some of the biggest names in hip hop, like Snoop Dogg (who's going by Snoop Lion these days), Kanye West, Nicki Minaj, Lil' Wayne, Rick Ross and more. In an interview with Vice, Schwartz said he has been attending rap concerts with his dad since he was six, and that he has a bodyguard because he's received death threats. "It's a cold world out there," the tween wisely told the magazine. Schwartz added that he's never smoked pot with any of the often-stoned hip-hop luminaries he's met. 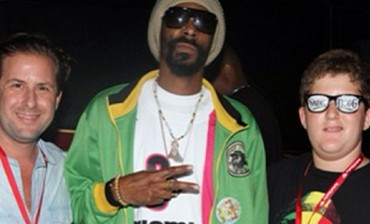 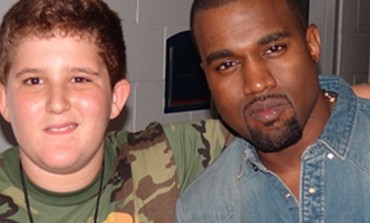 Good news for all the comedy nerds out there: Marc Maron is moving to TV. Dozens of comedians will be featured on the new show to his ITV show, which brings the WTF podcast to the small screen, along with what appears to be a semblance of a plot about his family and girlfriends.   If you have any news to share with The Weekly Schmooze,write to: [email protected]