This Week: Tragedy in Colorado; Bain vs. Bane; Candidates set their sites as far from gun control as possible.

By NIV ELIS
JULY 24, 2012 14:25
Obama stands for moment of silence 370
(photo credit: REUTERS/Kevin Lamarque)
Advertisement
While Hollywood is usually relegated to the role of Democratic fundraiser in US elections, this week, the final entry of Christopher Nolan’s Dark Knight series cemented its place as the most inadvertently political trilogy in electoral memory.During the bruising 2009 debate over healthcare in the US, critics bandied about a digitally manipulated photo depicting US President Barack Obama as the Joker from The Dark Knight, with the word “socialism” splashed across the bottom. The photo, widely used by the Tea Party, stirred huge controversy for depicting the US president as a lawless criminal. It also stirred some confusion, as the Joker’s character in the film was not a socialist, but a downright anarchist. 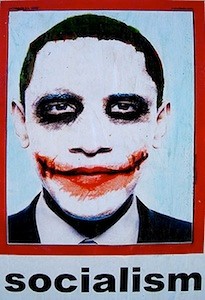 Fast forward to 2012’s US Presidential campaign and release of the Dark Knight Rises, and the tables have turned. Obama’s Republican challenger Mitt Romney, who has been criticized for tucking funds into foreign tax havens and for outsourcing jobs when he ran Bain Capital, has been the subject of a similar campaign online; the new Batman villain is a hulking masked fiend named, to Romney’s misfortune, Bane. 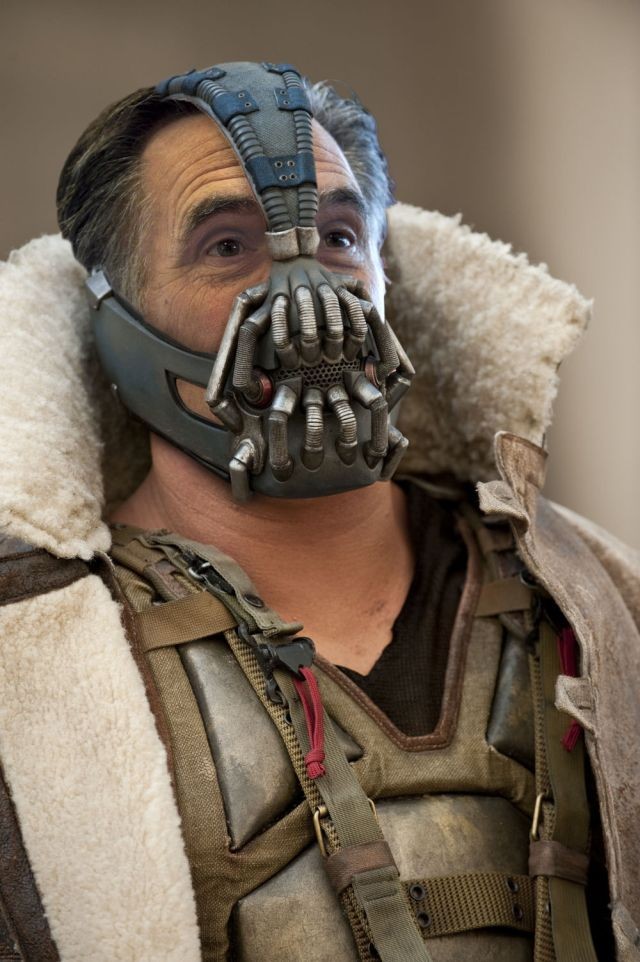 Though the pairing is another Arkum-worthy ideological misalignment given Bain’s capitalist nature and Bane’s French Revolution-style populism, one video editor even went so far as to retool the movie’s trailer, setting Romney’s worst gaffes to its sinister soundtrack.
Viral Video of the Week:
But the Dark Knight connection took a much darker turn on July 20, when a masked man entered a Colorado movie theater at a midnight screening of the new film and opened fire into the crowd, killing 12 and wounding 58.  In the aftermath of the massacre, both campaigns pulled ads from the state, especially those with a negative flavor. Tragedies, they said, are no time for playing politics.Yet, even as Obama cancelled campaign events to visit the families, earning rare praise from Romney, the candidates drew criticism for completely avoiding any discussion of the political third rail relevant to the mass shootings: gun control. Gun ownership, protected by the Second Amendment in the US Constitution, is a hot-button issue in the United States, forcefully defended by the powerful National Rifle Association (whose former chief, Charlton Heston, it should be noted, was best known for a film about apes--not bats). In the aftermath of the shooting, it seemed as though everyone but the candidates was discussing the role of easily accessible guns in the US’s horrific history of shooting violence, while politicians avoided it like Poison Ivy.Gotham Mayor Michael Bloomberg, however, refused to let the opportunity for debate pass, and demanded that the caped campaigners make their positions on the matter clear, taking his case to the public on television, radio and Twitter:

It's time for the presidential candidates to step up &amp; tell us what they'll do about guns in America: bit.ly/OMhDtN #Aurora
&mdash; Mike Bloomberg (@MikeBloomberg) July 20, 2012

“Soothing words are nice, but maybe it’s time that the two people who want to be president of the United States stand up and tell us what they are going to do about it, because this is obviously a problem across the country,” Bloomberg Riddled the nation in an interview on WOR Radio, telling the public that politicians should be direct, not Two-Faced about their positions.Yet the most impassioned case for gun control came from a truly unexpected source, a man know for shirking work and self-aggrandizing: George Costanza. Well, the man who played him on Seinfeld, anyway. Taking to Twitter, actor Jason Alexander wrote a short manifesto articulating the case for more gun control. But seeing as 140 characters was not enough for such a manifesto, Alexander used “twitlonger,” an app that allows the lazy among us to get around the rigid length requirement on the social media site (perhaps he’s got a little Costanza left in him after all!).  The long tweet packed a serious “Kapow!” and went viral.Tweet of the Week:

I'd like to preface this long tweet by saying that my passion comes from my deepest sympathy and shared sorrow (cont) tl.gd/if2nht
&mdash; jason alexander (@IJasonAlexander) July 22, 2012

As the country recovers from the tragedy and the political debate ramps back up, Romney, at least, is finding a good workaround: he’s leaving the country.Will the Republican successfully remind his voters of his star-turn running the Salt Lake City Olympics in 2002 as he makes an appearance at the London games? Will his trip to Israel remind them that Obama has yet to visit the Jewish state as president?Find out next week: same bat time, same bat channel.
#USelections2012 offers weekly insight into the US presidential election through a social media lens, tracking candidates as they try to reach 270 electoral votes in 140 characters or less.The writer is a Breaking News editor and blogger at The Jerusalem Post. Read his blog ‘The Bottom Line’ here.
Advertisement
Subscribe for our daily newsletter