El Salvadoran toddler to get heart repaired in Holon

Save a Child’s Heart, an Israeli project founded in 1995, has treated 2,400 children from 39 countries and trained 50 physicians and nurses. 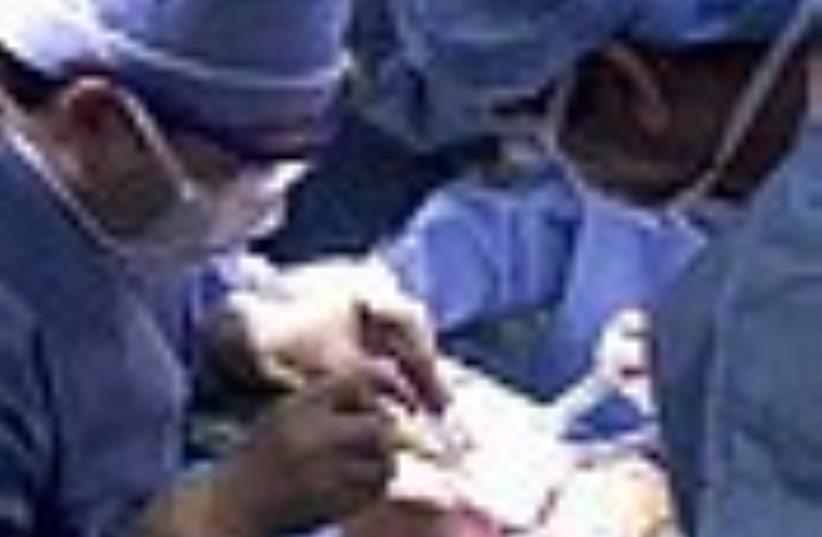 health operation surgery 88
(photo credit: Courtesy)
Advertisement
Sara Magdalena Reyes, a 19-month-old girl from El Salvador whose family of six has an income of only $5 a day, is being brought Thursday to Wolfson Medical Center in Holon to undergo lifesaving open-heart surgery unavailable in her native land.The effort is being carried out by the Save a Child’s Heart (SACH) organization, which has already treated 2,400 children from 39 countries.She will be the first child from El Salvador to benefit from SACH’s voluntary activities.SACH is an Israeli-based international humanitarian project providing heart surgery and follow-up care for children from developing countries. It was founded in 1995 by the late Dr. Amram (Ami) Cohen, who died tragically in a mountain-climbing accident.RELATED:
Mullen to IDF Haiti delegation: Humanity is proud of youIt has trained 50 physicians and nurses from 11 countries and traveled overseas to perform more than 130 lifesaving heart operations, in addition to doing surgery at Wolfson.Sara lives in Ahuachapan, in a remote area of El Salvador, and does not have access to clean water, electricity or adequate health care services.Sara, the youngest child, lives with her mother, a housewife, and her father, a farm worker, in a one-room tin and clay house, which is located three hours from the closest hospital.Her mother will accompany her here. A SACH representative, along with a physician, will be waiting for them at Ben-Gurion Airport and take them to SACH’s rest home in Azur.After a first round of examinations – blood tests, X-rays and echocardiographs – they will return to Azur and wait for a few weeks until she is ready for her operation.
Advertisement
Subscribe for our daily newsletter