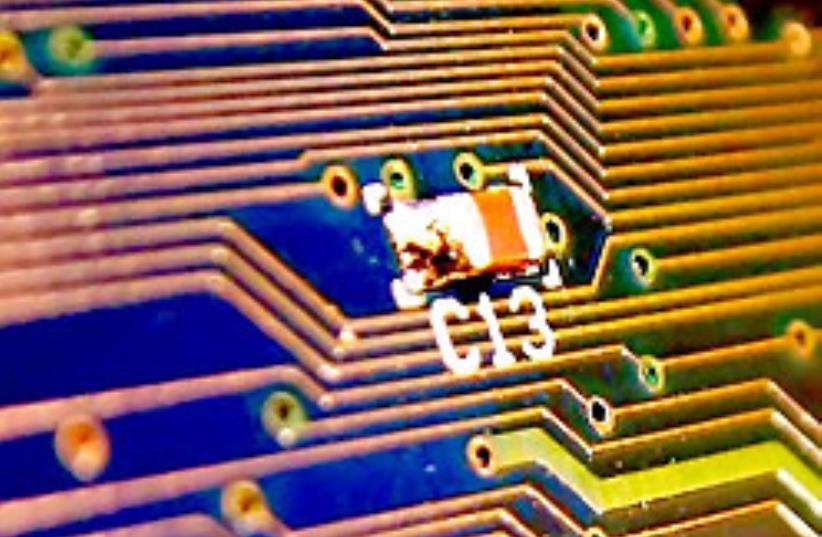 Out of nearly 300 new projects initiated by Eureka
(photo credit: none)
Advertisement
As evidence of the country's leading role inresearch and development, it has been chosen to head the largestR&D network in the world, the 'Eureka initiative,' a pan-European,inter-governmental initiative that sees investments of 1.5 billioneuros every year.
Israel belongs to the Asian continent, but whenit comes to research and development, the United States and Europe seemcloser to home. And like most countries operating in today's globalvillage, it relies on cooperation with industrial partners from theEuropean Union and the US to propel its high-tech and biotech productsinto the world market.
As evidence of its leading role in research and development,Israel has been chosen to head the largest R&D network in theworld, the "Eureka initiative," a pan-European, inter-governmentalinitiative that supports European innovation and sees investments of1.5 billion euros every year.
Since joining the program in 2000, Israel, the onlynon-European member country, has been among the most active of the 40members.
In 1985, Eureka was set up as a legal frameworkwithin which European companies could collaborate and receivegovernment funding. Thanks to a political push from France and Germany,Israel was granted permission to join Eureka as a full member.
"It's a very unique occasion," Israel Shamay, Israel's nationalproject coordinator for Eureka, from the Israeli Industry Center forR&D (MATIMOP), says. However, Shamay believes that the vote thatled to an Israeli representative being chosen to chair the network wasan obvious choice, after Israel proved itself among the membercountries.
"In the last three years, Israel became one ofthe five most active members in Eureka and had the same number ofprojects compared to [EU] countries, which are much bigger. Out ofnearly 300 new projects initiated by Eureka, in 2008, we had 40 withIsraeli companies participating in them."
Some of the more successful pairings since Israel joined Eurekaare between the Israeli agricultural company Veterix, and DeLaval, aSwedish milk industry giant. Veterix developed a capsule that sits inthe stomach of a cow to monitor the health of the animal from within,and worked with the Swedish firm to co-develop the idea.
"THIS IS an example that reflects the merits of Eureka," saysShamay. "The partner is a prospective business partner. In this casethe Swedish government shared the risk."
Elbit Systems, the Israeli Defense Industries high-tech firm,had several projects in Eureka. One was to take cameras intended formilitary purposes and develop them for the auto industry. If thewindshield fogs up or if there is poor visibility, the camera can stillsee the road. It's good for truckers, says Shamay.
A third success story is the partnership between Starhome, aComverse subsidiary in Israel, and Nokia and Alcatel-Lucent to developa smart home system.
Eureka is the largest joint project R&D initiative in theworld. Main objectives are to foster R&D joint ventures betweencorporations, with financial support matched by representativecountries.
Germany is now entering the chair position, with Israel tofollow. The project maintains a troika system, with threerepresentatives holding chair positions simultaneously - the past,present and future chairs. The name of the Israeli chairperson has notyet been announced.
SHAMAY IS hoping that Israel's upcoming leading role in Eurekawill impact positively on the country's industrial development. "Overthis period of one year, Israel will determine the agenda of Eureka andcan prioritize along with our national interests," he says, pointingout that Israel could initiate new funding schemes for startups andcompanies, bring more EU investment banks and investors to Israel andexpose EU countries to Israel's binational projects like the Red-Deadcanal, proposed between Israel and Jordan.
Chief Scientist Dr. Eli Opper said in an interview with Israel's financial newspaper Globes:"During its year as president of Eureka, Israel will be able to set itsagenda, which will enable us to promote important initiatives withEuropean support, such as strengthening R&D in low technologyindustries or in other priority fields, such as the life sciences,water technologies and the environment."
Operating like the Israel-US Binational Industrial Research andDevelopment Foundation (the BIRD Foundation), Eureka has a legal entity- the foundation. The task of the foundation is to select projects thatwill be eligible for a virtual fund.
"It's not like a common pot of money and then the commissionselects projects for funding," says Shamay. This is how Eureka isdifferent from BIRD and other joint R&D funds: "Eureka fundingcomes from different national programs.
"In our case [funding comes from] the Chief Scientist's Office.Eureka provides a platform to initiate this cooperation and provides alegal framework," explains Shamay. "It's important to note it's anational task, so we are involving the President of Israel (ShimonPeres), Israel's Ministry of Foreign Affairs, the Ministry of Scienceand the Israel Venture Association. We invite all of them to take partin this opportunity," he adds.
Israel has other successful partnerships underway in EU R&Dprograms, in the EU Seventh Framework Programme for R&D, and inGalileo, a global satellite navigation program.
The original version of this article first appeared in Israel21c.