Apples and chocolate? Milk and peanut butter? Find out which dynamic duos work together to give us extra nutritional value and health benefits.

By KATHRYN RUBIN
Vegetables 311
(photo credit: Courtesy)
Advertisement
We know that one plus one equals two, and that two plus two equals four; but did you know that one food plus another food can more than double, in fact may even multiply its nutritional benefits?  A new science called "food synergy" says that the key to staying healthy may not be what one eats, but instead what foods one mixes as certain combinations contain nutrients that complement each other. RELATED:
Healthy Eating: The skinny on fats
Healthy Eating: The M-files So here is a list of certain foods (some surprising) that make excellent meal mates: Apples + Chocolate 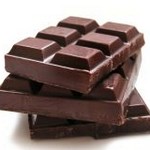 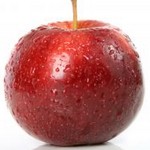 AppleAn apple a day keeps the doctor away; but did you know that an apple plus chocolate can keep the cardiac surgeon away? Apples, particularly red delicious with their skin on, are rich in quercetin - an anti-inflammatory flavonoid that suppresses allergies, reduces the risk of heart attacks and certain cancers. On the other hand (dark) chocolate, as well as grapes, red wine, tea and blueberries, are loaded with catechin - an anti-oxidant which cuts the risk of cancer and atherosclerosis (hardening of the arteries). While individually both catechin and quercetin are beneficial, blended together the combination loosens clumpy blood platelets so that they don't stick together and clog arteries, thus lower the risk of heart attacks and strokes. So the next time you are in the mood for something sweet, grab a deliciously red delicious with a square of dark chocolate. Spinach + LemonAs we know from Popeye the Sailor Man spinach makes us “strong”. Wondering why? Spinach (as well as many dark green vegetables) is loaded with iron – and essential mineral needed by our hemoglobin to carry oxygen from our lungs to the rest of our bodies. Now lemons, like any citrus fruit, are packed with Vitamin C. When eaten together, the Vitamin C increases the amount of plant-based iron absorbed  by six times the amount it normally would be.  Also, don’t forget to drink a glass of freshly squeezed orange juice the next time you are eating iron fortified cereal. Scrambled Eggs + Cantaloupe This may sound like a strange combo; however, pairing this favorite breakfast dish with fruit or whole grain toast is the key to keeping yourself feeling full longer.  While process carbohydrates, such as white toast, muffins and bagels, are indeed yummy, the glucose (sugar) that these foods release is quickly absorbed by our bodies, setting us up for a blood-sugar spike then crash only a few short hours after breakfast. So ditch the morning muffin and the sugary cereal, and opt of high fiber fruits, breads or cereal paired with a protein. High fiber foods already digest slowly; however, when we eaten with a protein, such as eggs, it slows the absorption of the glucose even more, meaning that we stay full even longer.  Tomatoes + Avocados 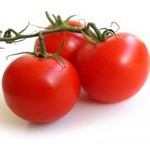 TomatoesIt is really no surprise that tomatoes and avocados are healthy for us; but what is it about this combination that makes these two foods go from merely healthy to almighty?  Tomatoes contain high amounts of lycopene - a powerful anti-oxidant that reduces the risk of cancer and cardiovascular disease. Avocados on the other hand are loaded with healthy monounsaturated fat. When eaten together, the “good” fat from the avocados allows our bodies to absorb up to seven times more lycopene than it normally would. So the next time you are mixing up some guacamole make sure to add in some tomatoes. However, if avocados do not top your list of favorite foods, then drizzle some olive oil (also rich in monounsaturated fat) over your tomatoes.
Peanut Butter + MilkWe just saw how "good" fats help increase lycopene absorption; but did you know that certain vitamins - the fat soluble ones - A,D, and E - are also absorbed better when eaten with a fat? Naturally Vitamin D comes only from the sun (hence its nickname the "sunshine vitamin"); however, certain products, namely milk and yogurt, are fortified with this vitamin. Therefore, drinking milk while snacking on a heart-healthy monounsaturated fat such as peanut butter allows our bodies absorb the maximum amount of this bone-building vitamin.This trick also applies to the other two fat-soluble vitamins A and E.  Most vegetables, such as carrots, broccoli, sweat potatoes, bell peppers and peas are all loaded with these two vitamins. So the next time you make a salad skip the fat-free or low-fat salad dressing, and opt to dress your veggies in olive oil- one of the highest sources of this healthy fat. Green Tea + LemonGreen tea is one of those miracle foods– it boosts metabolism, reduces the risk of cancer, cardiovascular diseases and rheumatoid arthritis as well as helps with high cholesterol and infections. But what makes this tea so powerful? Green tea is loaded with catechin polyphenols, which in turn contain the anti-oxidant: EGCG (epigallocatechin gallate).  It is this anti-oxidant that gives green tea its "super hero" abilities. When green tea is drunk with lemon, its benefits become super-charged as the citric acid and Vitamin C allow our bodies to absorb up to 13 times the EGCG than we would get from drinking the tea on its own.
Other super combos for breakfast, lunch and dinner:
Freshly Squeezed OJ + Old Fashioned oatmeal:  The combination of these two morning staple item is truly a breakfast for champions. Consuming the two foods together has been proven to reduce the risk of heart attack twice as much as if you were to consumer either food on its own. Why? The organic compound - phenols - found in both foods, work together to stabilize (the "bad") LDL cholesterol levels when consumed simultaneously. Peanut Butter + Whole Wheat Toast: Whole wheat bread, while extremely healthy lacks certain amino acids (needed to synthesize protein in our bodies).  Peanuts on the other hand contains those missing amino acids. So chow down on this classic school yard lunch to give your body the complete amino acid package.Red Meat + Rosemary:  Red meat has gotten a bad rep in the last decade or so; however, lean red meat is actually really important for us, as it is loaded with protein and iron. Unfortunately, grilling meat over an open flame or cooking it at high temperatures produces nasty cancer-causing heterocyclic amines (HCAs).  Luckily though, the herb rosemary contains rosmarinic acid and carnosic acid – two anti-oxidants which have been shown to dramatically reduce the amount the carcinogens in the meat. So before you fire you the grill, make sure to have some fresh rosemary on hand.
Advertisement
Subscribe for our daily newsletter