"For each person on the globe, anthropogenic mass equal to more than his or her body weight is produced every week." 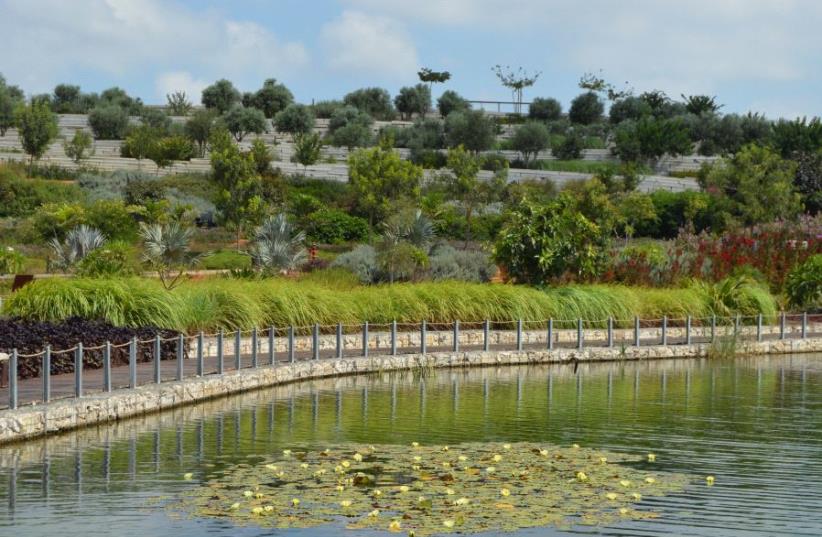 Ariel Sharon Park, built on the site of a former landfill once dubbed ‘Trash Mountain, is an outstanding example of Israel’s cutting-edge approach to green solutions
(photo credit: JAMES S. GALFUND)
Advertisement
Man made objects will soon overreach the mass of all life on the planet, a study by scientists at the Weizmann Institute has found. This means that the total weight of human-produced “anthropogenic mass”  from buildings and roads to everyday objects and waste is now equal to that of trees, animals, and all living life, creating what Weizmann scientists call a "concrete jungle." To put this in context, just over a hundred years ago, at the beginning of the 20th century, anthropogenic mass was roughly equal to just 3% of the total bio mass. So how did we get to this point?According to the study, published today in Nature and conducted in the group of Prof. Ron Milo of the Plant and Environmental Sciences Department by Emily Elhacham and Liad Ben Uri, the phenomenon began after World War II in around the 1950s when materials started to become more widely available. The construction of luxury homes, businesses, road expansions, and simple everyday objects such as plastics and glass began growing with the wider availability of materials. This effect is coupled with the phenomenon of the global loss of living life with the growing effect of human presence on the world. Recently, total anthropogenic mass has been doubling every 20 years. Interestingly, "on average, for each person on the globe, anthropogenic mass equal to more than his or her body weight is produced every week," the study states.Using this math, the concrete jungle is predicted to reach more than double the mass of living things by 2040, and by that time is estimated to weigh over two teratonnes (two million million.)“This study demonstrates just how far our global footprint has expanded beyond our ‘shoe size.’ We hope that once we all have these somewhat shocking figures before our eyes, we can, as a species, behave more responsibly," Milo said. The phenomenon is clearly explained with interactive graphics in a website designed by Milo and Elhacham who teamed up with  graphic designer Itai Raveh.One example shows that the man made Eiffel Tower roughly weighs about as much as the remaining 10,000 white rhinoceroses in the world. More interesting examples can be found on the website: https://anthropomass.org/biomassdefinition/
Sign up for the Health & Wellness newsletter >>