Common diabetic symptoms include blurred vision, early onset of cataracts and retinal damage that can lead to blindness. 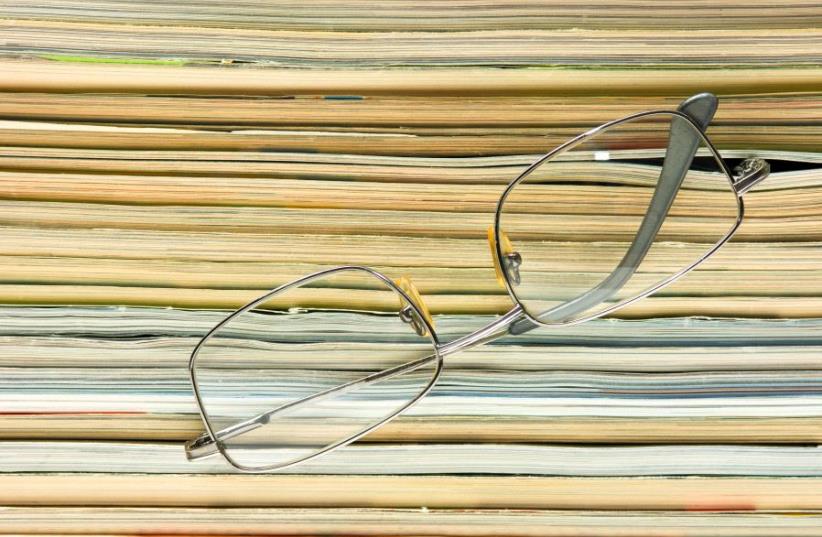 glasses on the background of the stack of magazines
(photo credit: INGIMAGE)
Advertisement
Ophthalmologists at Rambam Medical Center in Haifa who discovered a previously unknown cause of vision loss in diabetics will test special glasses to prevent exposure to certain light wavelengths that hurt vision in such patients.Prof. Naim Shehadeh – the director of Rambam’s institute of diabetes, endocrinology and metabolism; a graduate of the Technion-Israel Institute of Technology; and the president of the Israel Diabetes Association – thought that while hyperglycemia (abnormally high blood glucose levels) is the major known risk factor for vision complications in diabetics, exposure to sunlight might also be important.Common diabetic symptoms include blurred vision, early onset of cataracts and retinal damage that can lead to blindness. Diabetes is the leading cause of new vision loss in working-age adults (20 to 60 years old) around the world.Israel – with the third-highest mortality rate from diabetes complications among OECD countries, especially in the Israeli-Arab population – is at the cutting edge of diabetes research.Many visual problems in diabetics are caused by cataracts or as a result of damage and reduced function in the retina at the back of the eye (diabetic retinopathy). There may also be changes in the blood retinal barrier due to leaky small blood vessels, retinal swelling and scarring. Since controlling hyperglycemia slows down but does not prevent these visual problems and their progression, other factors must contribute to diabetic cataracts and retinopathy, Shehadeh suggested.He and his team from the Technion hypothesized that exposure to sunlight may play an important role in the development of eye damage in diabetics.The researchers exposed diabetic rats to different light wavelengths from the visible spectrum and identified the harmful light. The next step was to develop an optic filter that can block and protect the eyes from those wavelengths. Results showed that using the special optic filter glasses significantly decreased light exposure by filtering out the short wavelengths (400–530 nm), thereby reducing eye damage in diabetic rats. Such a filter might benefit non-diabetic patients, he said.Shehadeh said the team felt driven, as they had nothing to offer diabetic patients with eye damage other than to instruct them to try to control their blood glucose. Human trials will start later this year to test the effect of the optical filters. Prescription and non-prescription sunglasses with colored optic filters will be available in the spring for Israeli consumers. Future goals include developing colorless filters that will offer the same protection in eyeglasses, buildings and car windows and wherever they can slow down or prevent vision loss in diabetics and perhaps non-diabetics as well.
Sign up for the Health & Wellness newsletter >>