Laser surgery: Here’s looking at you!

More than 50% of people in the world suffer from some form of vision impairment.

By JASON BLACKSHAW
(photo credit: SHUTTERSTOCK)
Advertisement
More than 50% of people in the world suffer from some form of vision impairment. Many of these disabilities, such as myopia, hyperopia and astigmatism, can be corrected by the use of modern technological methods like laser surgery.

For thousands of years, humanity has been using eyeglasses to improve eyesight. More than two millennia ago, the ancient Romans discovered the ability to use glass to enhance their capacity to see fine print by creating small magnifying glasses with spheres. The first wearable eyeglasses appeared in Italy in the 13th century. Primitive blown-glass lenses were set into wooden, leather or animal horn frames and then held in front of the face. This was the genesis of eyeglasses.

Eyeglasses are the most common way to overcome problems with eyesight, such as shortsightedness (hyperopia), which necessitates the use of lenses that enlarge the image. For those suffering from farsightedness (myopia) and need to focus the image, the eyeglasses contract the light rays and thereby focus the image.

However, eyeglasses are not so popular anymore. Wearing glasses is not perceived as attractive, and they tend to make people look older.

In an effort to improve the way we look (and see!), human ingenuity sought ways to improve on eyeglasses. The result was contact lenses. Contact lenses do not affect one’s appearance, as they are practically invisible.

All in all, contact lenses may enhance one’s appearance, but they are less healthy and less practical than eyeglasses. For example, putting them in and taking them out takes time. 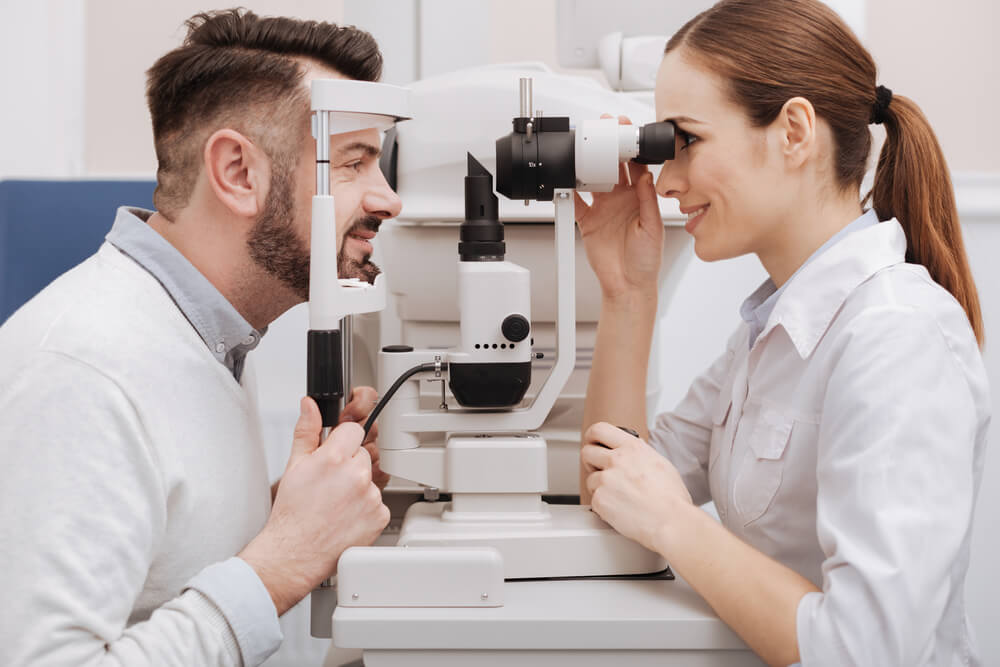 In many cases, laser technology can dispense with the need for eyeglasses or contact lenses. The technology is called LASIK (laser-assisted in situ keratomileusis), commonly referred to as laser eye surgery or laser vision correction. It is a type of refractive surgery for the correction of myopia, hyperopia and astigmatism. As mentioned, myopia is a medical situation that affects the ability to see distant objects with clarity. Hyperopia affects the ability to see objects within close range. In the first instance, contact lenses or eyeglasses contract and focus the image. In the second, they enlarge the image. Astigmatism is a type of refractive error in which the eye does not focus light evenly on the retina. This results in distorted or blurred vision at any distance. Other symptoms can include eyestrain, headaches and trouble driving at night. If astigmatism occurs early in life, it can result in amblyopia, the so-called lazy eye, whereby the coordination of the eye and brain is less than perfect.

People who suffer from myopia, hyperopia or astigmatism can be aided by laser surgery, thereby dispensing with the need for eyeglasses or contact lenses. LASIK is performed by an ophthalmologist, who uses a laser or microkeratome to reshape the cornea in order to improve visual acuity. For many people, laser surgery provides a long-lasting alternative to eyeglasses or contact lenses.