The scientists said the technology will make it possible to print food according to pre-defined criteria in a process that will serve a variety of markets and populations. 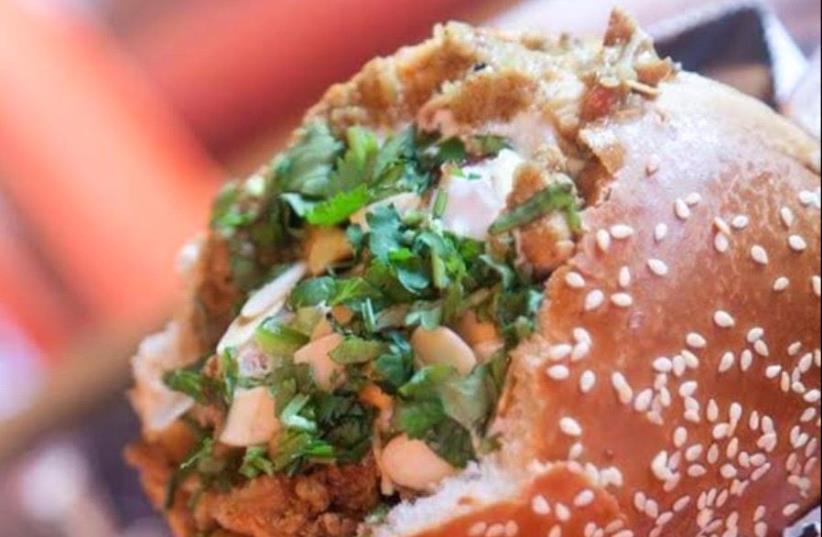 Street food from around the world in Tel Aviv
(photo credit: MAAYAN DISKIN)
Advertisement
A new technology in which food – varied like the manna that suited ancient Israelites in the Sinai desert which can be printed out from a natural, edible, calorie-free fiber – has been introduced by Yissum Research Development Company.The process of 3D printing of “personalized food” based on nano-cellulose was developed by Prof. Oded Shoseyov, of the Robert H. Smith Institute of Plant Sciences and Genetics in Agriculture, and Prof. Ido Braslavsky, director of the Inter-Faculty Biotechnology Program and head of Bachelor of Science Program at the Institute of Biochemistry, Food Science, and Nutrition – both members of the Hebrew University of Jerusalem Agriculture Faculty in Rehovot.Dr. Yaron Daniely, Yissum’s president and CEO, said: “This promising technology is an excellent example of the kind of multidisciplinary, transformational inventions that originate from our faculty and from the Hebrew University in general. The ability to automatically prepare, mix, form and cook personalized food in one device is a truly revolutionary concept. The idea is to enable full control of the substances used for the purpose of creating healthy and tasty meals that can be eaten immediately. This has the potential to address a variety of challenges facing the field of nutrition, from the demand for personalized food... to addressing the problem of lack of food in developing countries.”Yissum Research is the technology-transfer arm of the Hebrew University.The scientists said the technology will make it possible to print food according to pre-defined criteria in a process that will serve a variety of markets and populations. Those include the gluten-free, meat substitutes, vegetarian and vegan markets, as well as for low-calorie diets, diets for diabetics, sportsmen and more. The self-assembly properties of nano-cellulose fibers enable the addition and binding of different food components – proteins, carbohydrates and fat – as well as the control of food texture. Another aspect of the technology is the ability to cook, bake, fry and grill while printing at the 3D space. At the end of the printing process, the result is a tailored meal with special textures, enabling delivery of nutritional, tasty, low-calorie cooked meals for a unique gastronomical experience, the scientists explained.The technology will be presented by Prof. Ido Braslavsky at the 3D Printing and Beyond: Current and Future Trends Conference at the Hebrew University on Wednesday. The conference, reported on this past Sunday’s science page of The Jerusalem Post, will introduce a variety of breakthrough 3D printing technologies and innovations by Israeli and international experts from academia and industry.The conference is being organized by the 3D & Functional Printing Center at the Hebrew University and Yissum, with the support of the Jerusalem Development Authority, The Ministry of Jerusalem Affairs, and the Jerusalem Municipality.
Sign up for the Health & Wellness newsletter >>