A woman had the worst suitcase packing experience ever.

By JPOST.COM STAFF
JANUARY 25, 2018 15:20
Israeli woman undergoes surgery after getting a hook stuck in her eye, January 25, 2018 (Ichilov Spokesperson)
Advertisement
WARNING: Graphic medical procedure shown in video.Svetlana Kazunina, 44, from Tel Aviv, was packing a suitcase for a trip abroad when suddenly the hook that was attached to a cord on the case tore off and flew straight into her right eye.She suffered a hard blow and felt a leak coming from her eye. At first Kazunina was worried that she would lose the entire eye and she immediately went to the Ichilov emergency room. Prof. Yigal Leibovitz, the director of the Ophthalmology Institute, with the help of the nurse Iris Atelis, immediately placed her on the bed and with a gentle touch released the hook from her eye. 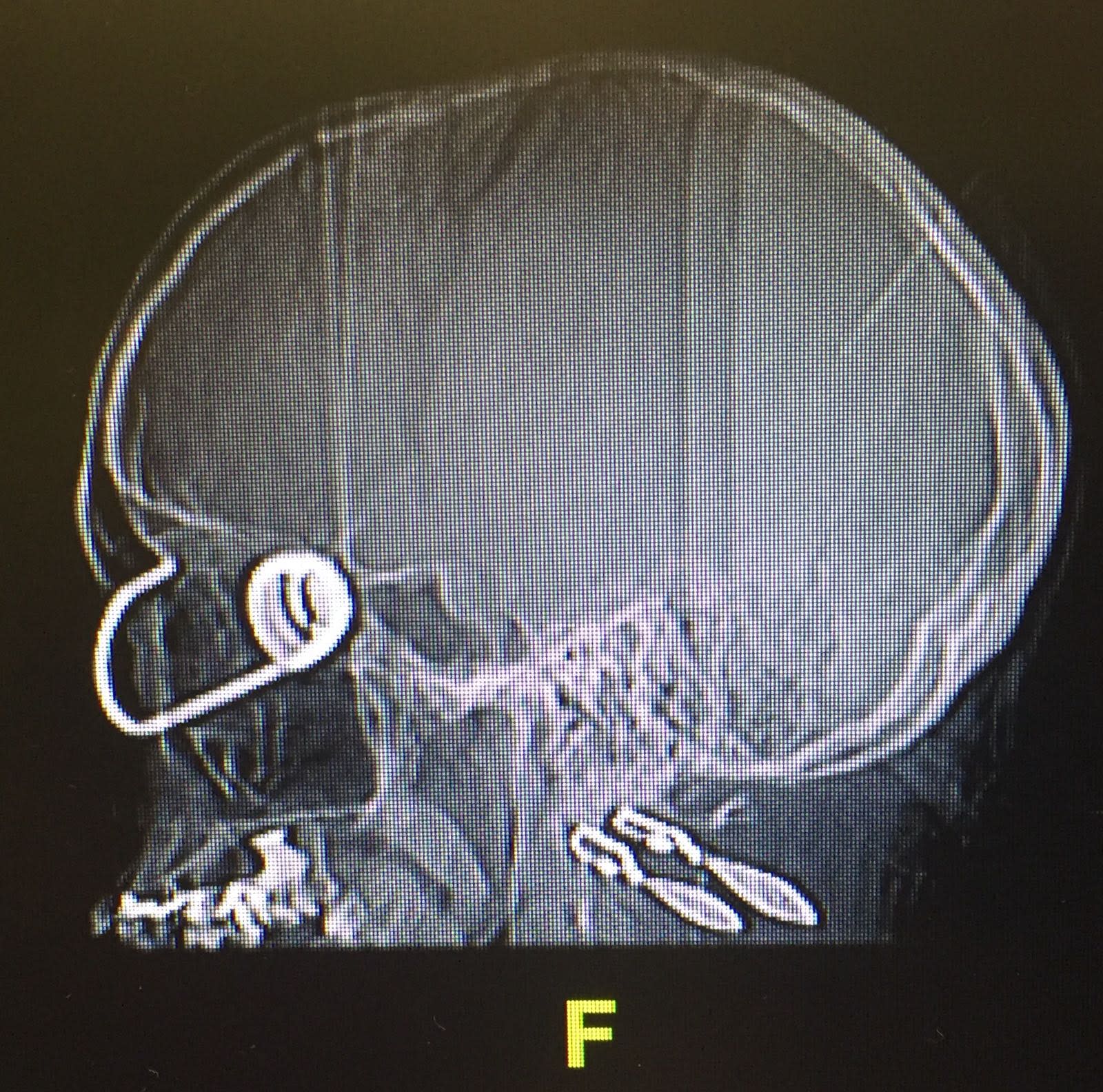 X-ray of Kazunina's head after she got a cord from her suitcase stuck in her eye (credit: Ichilov Spokesperson's Office)Kazunina was released after only one day of rest and observation.Professor Leibowitz emphasized, "The hook attached to the rubber (bungee cord) is a very dangerous bracket that has already caused cases of eye injury to the point of blindness. I would like to warn and inform the public that it is better not to use it."Kazunina summed the experience up, saying, "I had a miracle and I call on everyone to be careful not to pack bags or things with such springs. Thank you to Professor Leibowitz for saving my sight."