Who owns the Holy City? The Jerusalem question

Hint: It’s not who you probably think. ‘In Jerusalem’ delves into the ‘church land’ issue 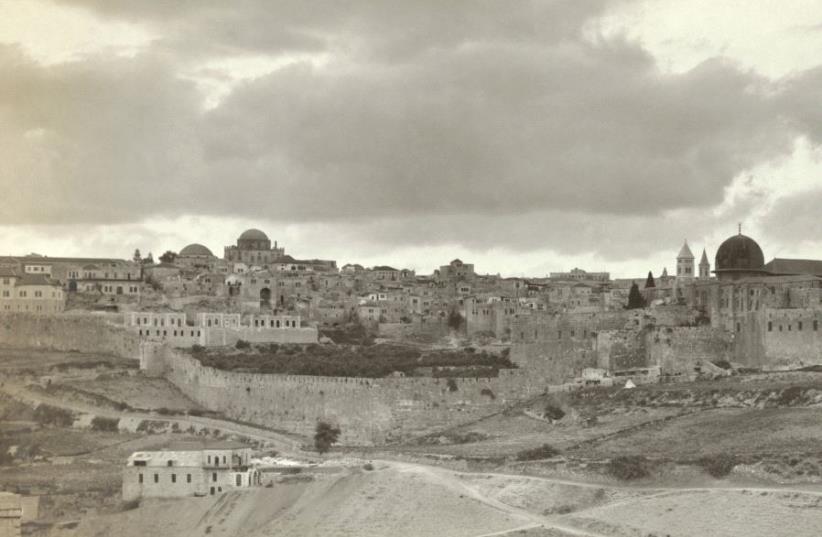 A panorama of early 20th-century Jerusalem, showing the city walls, the Dome of the Rock and the Aksa Mosque
(photo credit: Wikimedia Commons)
Advertisement
Would it surprise you to learn that the Knesset – our governing body, symbol of sovereignty, and hub of national political power – sits on land that the State of Israel does not in fact own? Would you also be taken aback to discover that the same thing can be said about the Prime Minister’s Residence?Are you perhaps wondering why these and other iconic locales in Jerusalem are on land that Israel does not own, who owns them if not Israel, and how this came to be?

Well, consider the place we are talking about, a place perhaps like no other in the world. This is a city that at one time or another has been occupied, besieged, invaded, lost, or retaken by Canaanites, Jebusites, Israelites, Assyrians, Babylonians, Persians, Judeans, Seleucid Greeks, Judeans again, Romans, Byzantines, Arabs, Crusaders, Arabs again, Mamelukes, Ottomans, British and Israelis. It is a city that is a sacred pilgrimage destination for adherents of Judaism, Islam, and more varieties of Christianity than you can count on your fingers and toes.Jerusalem is the declared eternal capital of one country, Israel, as well as that of Palestine, a country that does not actually exist. It is a city loved so intensely that it has driven – and continues to drive – some people insane.The answer, then, to the question of who owns Jerusalem can be stated in two words: It’s complicated. For a city like this, how can it be anything else? One thing can be said with certainty, however. The issue of land ownership in the Holy City is not about Jews vs Arabs, the State of Israel vs the Palestinian Authority, or even Judaism vs Islam. Rather, the issue is about the residents of Jerusalem vs the legacy of history, or more specifically, vs Christian churches and, lately, a few very astute – some might say rapacious – private investors. 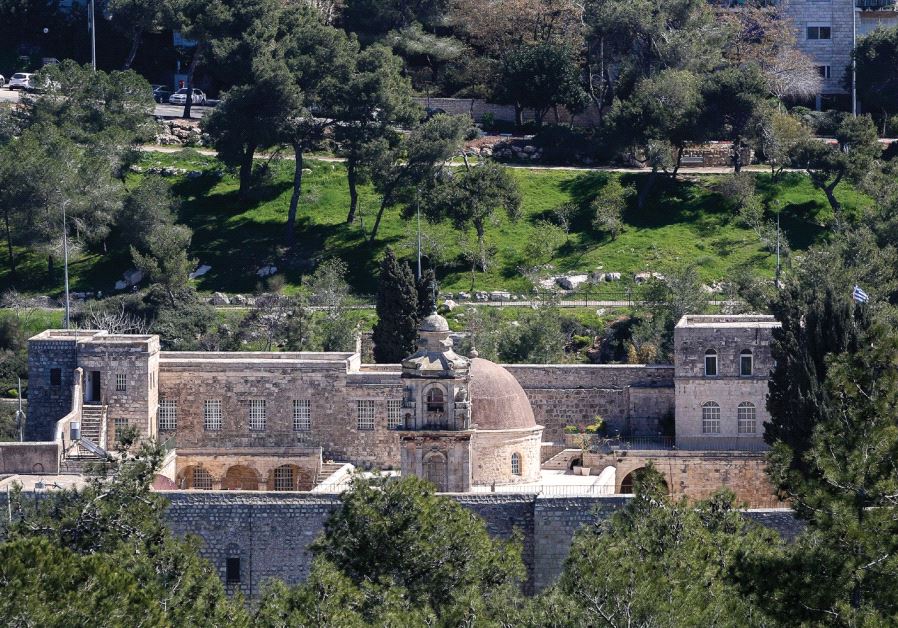 Valley of the Cross Jerusalem.(photo credit: MARC ISRAEL SELLEM)MUCH OF the current population of Jerusalem is living on land that is owned by various Christian church denominations. While part of the Baka neighborhood and French Square belongs to the Franciscan order, and some of the Mount of Olives is owned by the Russian Orthodox Church, the lion’s share – more than 60% – of church holdings in Jerusalem belong to the Greek Orthodox Patriarchate, including Rehavia, Talbiyeh, much of Katamon and Rassco, parts of Givat Ram, all of Nayot, as well as Liberty Bell Park, the Valley of the Cross, the area between the Yemin Moshe neighborhood and the King David Hotel, a portion of Keren Hayesod Street, part of the Mamilla Mall, as well as part of the land on which sit the Israel Museum, the Prime Minister’s Residence, the President’s Residence, the Knesset Building, the Chief Rabbinate and the Great Synagogue, among others.How did this come to pass? We can perhaps best understand this by first looking at old photographs, drawings, paintings or engravings of Jerusalem in the 19th century. Any of these will do. We see a crowded, densely populated Old City with closely built houses and dark narrow alleys crammed within its walls, and almost nothing outside the walls but seemingly empty, arid rolling hills.The overall picture these images create for us is of a city that was a largely ignored, uncared for and neglected backwater for hundreds of years. Confined within walls and gates that were shut and locked every evening at dusk, Jerusalem was inhabited by a population that lived amidst ruins and rubbish, packed within roughly 20% of the area within the walls.At the start of the 19th century, the city was a remote and not terribly important outpost of the Ottoman Empire, with a total population of no more than 9,000. Jerusalem, along with the rest of the Holy Land, was significant mainly to the religious. And while Jews lived here, or came in small numbers from the Diaspora for varying lengths of time, and although the Greek Orthodox Patriarchate, the Ethiopian Church and the Catholic Franciscan Order each maintained a presence here for centuries, travel to Jerusalem and the Holy Land was difficult, dangerous and beyond the hopes of many who wished to come here.Then two things happened in the 19th century. The first thing was technological: The invention and development of railroads and steamships made travel to the Holy Land much easier, especially from Europe. The second was political: Egypt invaded the Holy Land in 1832 and unceremoniously grabbed it away from the Ottomans.Eight years later, the British came and grabbed it away from the Egyptians, drove the Egyptians back to Egypt and gave the Holy Land back to the Ottomans.Canadian Delegation in Israel: “It’s a privilege to be here” (photo credit: KKL-JNF)As if that weren’t enough, in 1853 the combined forces of Britain and France came to the Ottomans’ rescue in the Crimean War, siding with whom they referred to as the “Sick Old Man of Europe” against the armies of Tsarist Russia.Not surprisingly, these “acts of kindness” on behalf of the Ottomans drastically changed this Muslim regime’s attitude toward both the European powers and to the Christian world in general. In relatively short order, the Ottomans permitted the establishment of a Catholic Patriarchate in Jerusalem; strengthened its ties with the Greek Orthodox Patriarchate that was already there; gave foreign powers autonomous and almost sovereign rights within the Holy Land; and encouraged them to establish autonomous communities around the area to which each foreign power could send consuls and delegates.Most of these, as it happened, were clergy of various Christian denominations.Anticipating tens of thousands of Christians coming on pilgrimage to the Holy Land – enabled by railroads, steamships and the now more liberal policies of the Ottoman government – these Christian groups began buying not only small parcels of land within the walled city, but also large swaths of land outside the walls. These groups included, among others, the Anglican Church of England, the Lutheran Church of Germany, the Young Men’s Christian Association (YMCA) from the US, as well as the Greek Orthodox Church, which saw itself as the successor of the Byzantines and was thus particularly driven to “regain” the Holy Land. From 1860 onwards, the same steamships that were bringing Christians were also bringing significant numbers of Jews, who began to build residential neighborhoods outside the Old City walls.NOW HERE is where the story gets interesting. As the city began to attract more residents and seriously started to grow, the churches began to realize that the lands they bought – and were still buying – could be lucrative sources of revenue. They thus began to lease portions of their enormous land holdings for the construction of residential and commercial buildings, not only in Jerusalem but throughout Ottoman and later British Mandate Palestine. The Greek Orthodox Church in particular found itself in rather dire financial straits in the 1920s. Prohibited by church rules against selling its land outright, it instead leased most of its land to the Keren Kayemeth LeIsrael-Jewish National Fund and received a sizable payment upfront in exchange for the Jewish community’s right to use the land on a long-term basis.By the time the State of Israel was created in 1948, a sizable if not precisely known number of residential, commercial, governmental, cultural and religious buildings in Israel had been built on land owned by Christian church denominations – not only in Jerusalem but also in Haifa, Lod, Ramle and Jaffa. 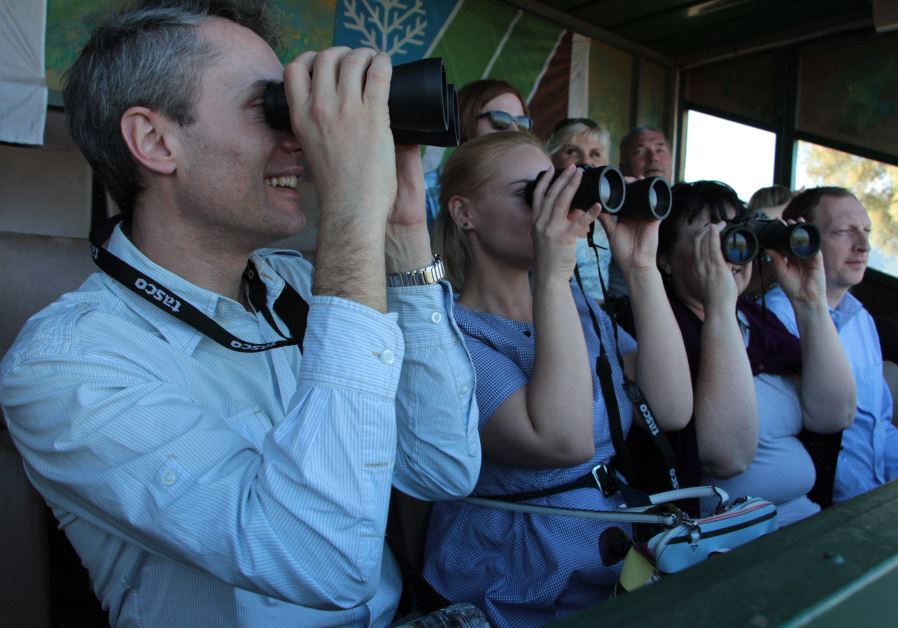