'Al-Mabhouh put himself at risk by booking hotel online'

UK denies report MI6 was told about use of UK passports before Mabhouh's death.

By JPOST.COM STAFF, JONNY PAUL
FEBRUARY 20, 2010 18:57
Mabhouh 311
(photo credit: Associated Press)
Advertisement
A Hamas legislator said Mahmoud al-Mabhouh, who was found dead January 20 in his luxury hotel room near Dubai's international airport, put himself at risk by booking his trip through the Internet.Hamas legislator Salah Bardawil also told a news conference Saturday that the slain man took additional risk by informing his Gaza family by telephone at which hotel he would be staying.On Friday the Daily Mail reported that the British MI6 intelligence agency was tipped off by Mossad that Israeli agents were going to carry out an 'overseas operation' using fake UK passports.According to the UK newspaper, a British security source quoted a Mossad agent as saying that "the British Government was told very, very briefly before the operation what was going to happen."The source explained that the tip-off was not arequest for permission to use British passports but more a 'courtesycall' to inform British security services that 'a situation' might blowup."There was no British involvement and they didn't know the name of thetarget. But they were told these people were traveling on UKpassports," he was quoted as telling the Daily Mail.However, the British Foreign Office strongly refuted the allegations in the Daily Mail story on Friday.“Any suggestion that we knew anything about the murder in Dubai before it happened, including about the misuse of British passports, is completely untrue,” a Foreign Office spokesman said. “As we have said already, the Dubai authorities told us about the role of British passports on 15 February, several hours before their press conference.  We told them the following day that the passports used were fraudulent. “The head of the Dubai police has also made clear that embassies were not contacted until shortly before the identity of the suspects was revealed.”
RELATED:
Analysis: So did the Mossad do it?
Analysis: Dubai hit was not a botched job
British papers insist Israel owes UK an explanation
Analysis: Assassins may regret taking on Dubai’s cops
Tongue In Cheek: Profile of an assassin 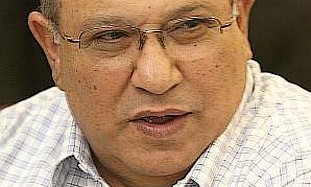 The Daily Mail report came several hours after a 20-minute meeting inLondon between Israeli ambassador Ron Prosor and a senior Britishdiplomat on Thursday, over the fake British passports apparently usedin the assassination of Hamas military commander Mahmoud al-Mabhouh inDubai.The report hintedthat Israeli intelligence chiefs understood British authorities wouldhave to 'slap them on the wrist' and reportedly added: "The Britishgovernment has to be seen to be going through the motions."After Prosor left the Foreign Office, however, British Foreign Secretary David Miliband said he hoped and expected that Israel would cooperate fully with the investigation that had been launched in Britain, and that this “is not going through the motions, that is the rightful business of government.”Dubai Police chief Dahi Khalfan Tamim said on Thursday he was 99-percent certain that the Mossad was behind the assassination, and that if that were the case, he would ask Interpol to issue an international arrest warrant against Mossad head Meir Dagan, and perhaps also against Prime Minister Binyamin Netanyahu.While the Prime Minister’s Office would not comment on the matter, one government official said Dubai would become “the laughingstock of the Interpol community” if it requested international arrest warrants, since “there is not one single piece of evidence that even remotely connects this incident to Israel.”The official added that the media frenzy over the issue, especially inBritain, was being fueled by Dubai, which was carefully leaking selectpieces of information to promote its own investigation. “We don’t knowanything,” the official said. “We know only what Dubai wants us toknow, and they definitely have their own interests.”Herb Keinon contributed to this report.
Advertisement
Subscribe for our daily newsletter