"Russia expects a record-breaking harvest of wheat in 2022," said Russian diplomat Mikhail Ulyanov. "What the US is going to offer?"

Russian diplomat Mikhail Ulyanov taunted the US State Department on Secretary Antony Blinken's remarks on the global food security crisis, in a tweet on Monday.

Russia and US food fight

"Russia expects a record-breaking harvest of wheat in 2022," wrote Ulyanov, Russia's representative to international organizations in Vienna. "We stand ready to offer to export 25 million tons of grain through the port of Novorossiysk during the period of 5 months (from August 1 to December 31). What the US is going to offer?"

Ulyanov was responding to the US State Department, which called on countries with "significant grain and fertilizer reserves as well as those with financial resources" to help to tackle the food crisis.

"The United States has announced more than $2.3 billion in new funding for emergency food assistance to meet global humanitarian needs since Russia's invasion of Ukraine," Blinken said on Wednesday at the UN's Global Food Security Call to Action meeting. "Today, given the urgency of the crisis, we're announcing another $215 million in new emergency food assistance. And we'll do much more.  We expect our Congress very soon to approve approximately $5.5 billion in additional funding for humanitarian assistance and food security."

40 NGOs signed a statement supporting food crisis counter-efforts, said Blinken on Thursday. He and US ambassador to the UN Linda Thomas-Greenfield also met with UN Secretary-General Antonio Guterres to discuss the issue. 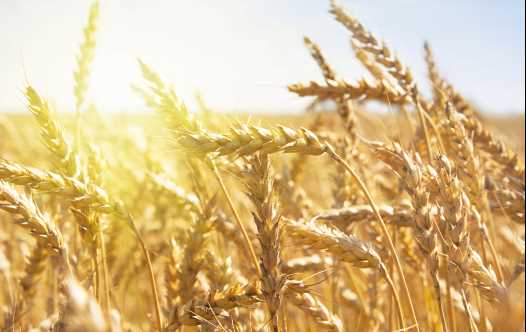 Blinken and experts have warned that the world would face a global food crisis due to the Russia-Ukraine War disrupting normal food supply lines. Novorossiysk, the port that Ulyanov referred to, is on the Black Sea —Where blockaded Ukrainian ports like Odesa also lie.

"They continue to be able to, from a maritime perspective, blockade major Ukrainian ports like Odesa, so there's still nothing getting in economically," Pentagon Press Secretary John F. Kirby

US Secretary of State Antony Blinken

On Saturday, Kuleba had warned that "Russia puts millions of people at risk of hunger by blocking our ports. Together with partners, Ukraine has established two alternative land routes to deliver food exports and save Africa and other regions from hunger. Russia must end its blockade to allow full and free export."Kuleba spoke on Friday to his Chadian counterpart Cherif Mahamat to discuss alternate ways to export to African states.In addition to the maritime blockade, Ukraine, considered the "breadbasket of Europe," has been unable to administer fields in warzones.

"Russian thieves steal Ukrainian grain, load it onto ships, pass through Bosporus, and try to sell it abroad," Kuleba claimed on Tuesday.  "I call on all states to stay vigilant and refuse any such proposals. Don’t buy the stolen. Don’t become accomplices to Russian crimes. Theft has never brought anyone luck."The Intelligence Directorate also claimed that Russia has stolen millions of dollars of farming equipment, as well as cabbage and potatoes.

"I personally hear this from many silo owners in the occupied territory. This is outright robbery. And this is happening everywhere in occupied territory," Agriculture minister Mykola Solskyi said of grain theft, according to Reuters.

GUR claimed that the stolen grain would likely be sold in Syria and other  Middle Eastern countries.

Farmers worldwide are also feeling the impact of sanctions on Russia, which provides 13% of the world's fertilizer output.

Russian fertilizer and coal billionaire Andrei Melnichenko warned in mid-March that fertilizer prices, and consequently food prices, would soar in the wake of the war, and peace was needed as soon as possible.

The Russia-Ukraine war "has already led to soaring prices in fertilizers which are no longer affordable to farmers," said Melnichenko, who founded EuroChem, one of Russia's biggest fertilizer producers.

He said that food supply chains had already been disrupted by COVID-19 before the impact of the war.