Jewish leaders in Germany and beyond were split on the Institute’s project and whether it be taught in schools or “left in the poison cabinet of history,” as WJC President Ronald Lauder argued. 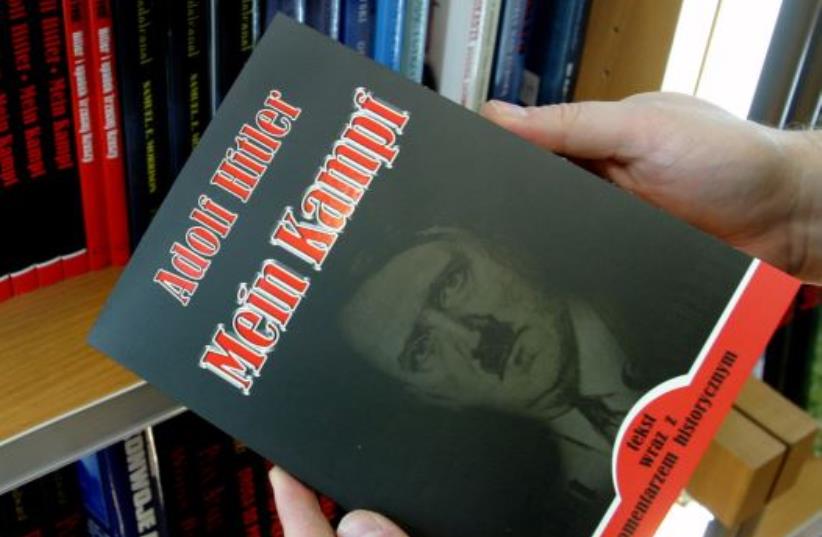 BERLIN (JTA) — The German research institute that published an annotated scholarly version of “Mein Kampf,” which sold tens of thousands of copies and drew criticism from Jewish leaders on its release in 2016, has put a free and searchable version of Adolf Hitler’s notorious screed online.

In a news release on Thursday, the director of the Munich-based Institute of Contemporary History (IfZ), Andreas Wirsching, said he wanted to fight fire with fire: since the internet is rife with versions of the text “from very dubious sources,” his institute’s “serious, scientifically sound” text would “provide political-historical education in the best sense of the word.”

The intention is to facilitate “scholarly research into the history of Hitler, the German nationalist movement and National Socialism,” Wirsching said. The edition now online includes explications of every chapter and of historical terms, providing context throughout.

Hitler wrote the book, a rant against Jews and communists, while in prison in 1923 following his attempted coup in Munich. After he came to power in 1933, many editions came out, including one given free to newlywed couples and another to mark Hitler’s 50th birthday in 1939.

After World War II, the Bavarian Finance Ministry inherited the copyright and barred publication in Germany until the copyright expired, in an effort to limit the spread of Hitler’s ideology. But it was published elsewhere, and is reportedly one of the most purchased books in the world. Contemporary neo-Nazis and others still cite “Mein Kampf” as inspiration.

The copyright expired in 2016, and the IfZ’s version sold out on its first day of release, going on to become one of the best-selling books in Germany that year. Amazon removed all versions of the book from its site in 2020.

Jewish leaders in Germany and beyond were split on the Institute’s project and whether it should be taught in schools or “left in the poison cabinet of history,” as World Jewish Congress President Ronald Lauder argued. Germany’s Central Council of Jews said that it would “demystify” the text, while former Central Council head and Holocaust survivor Charlotte Knobloch said it “does not belong in the classroom.”