A video posted online by Israeli media appears to indicate that the event did take place. 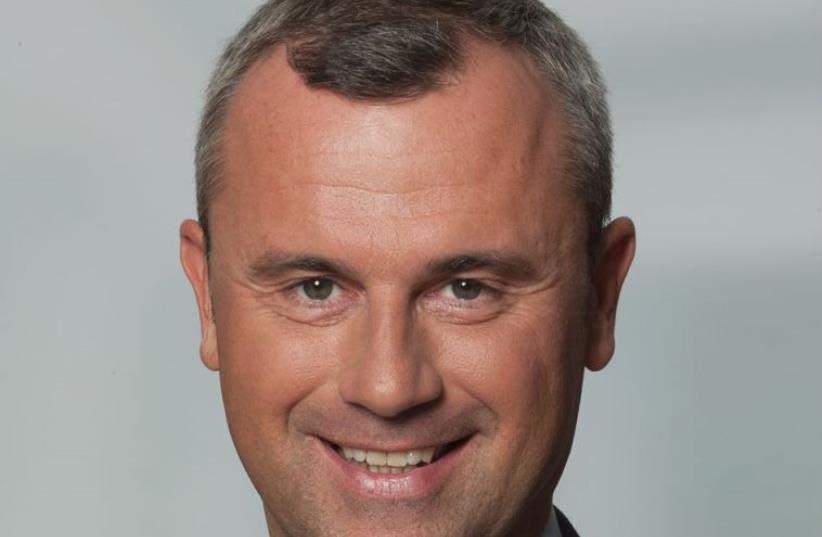 Norbert Hofer
(photo credit: Wikimedia Commons)
Advertisement
Right-wing Austrian presidential candidate Norbert Hofer was accused of exaggerating an incident involving an apparent female terrorist which occurred while he was in Israel, The Guardian reported on Friday. While participating in a TV debate on Austrian television, the presidential hopeful was accused of fabricating the incident, in which he says he personally witnessed a shooting of a heavily armed woman while he was visiting the Temple Mount. In an earlier interview with Die Priesse newspaper, Hofer claimed that he had been several meters away from the woman, who he said was dressed in all black and was carrying grenades and a machine gun. Hofer, a member of the far-right populist Freedom party (FPO), often repeated the story when campaigning this past year in his bid for presidency.Things got heated in the final TV debate between Hofer and his political opponent Alexander Van der Bellen when debate host Ingrid Thurnher accused Hofer on inventing the story, after she showed a video of the Israeli police spokesman denying that the event had taken place.Hofer angrily dismissed her claims, and retorted by accusing the host of the debate and the TV station of impartiality. A video posted online by Israeli media appears to indicate that the event did take place. However, according to the Israeli police, the woman was not a terrorist, but rather a member of the ultra-orthodox group Lev Tahor whose women dress in all black garb. In recent years, the Freedom party has tried to brand itself as the protector of Austrian Jews against anti-Semitism and Islamic terror, drawing ire from critics who see it as a PR stunt. The party has worked to improve relations with Israel, with many of its party members visiting Israel as a show of solidarity.  Hofer said that visiting Israel would be top priority if he were to win the upcoming elections.