Corbyn: UK must recognize Palestine as a state

The Labour leader spoke to a several-thousand strong crowd on Saturday, calling on his country to address the plight of the Palestinians. 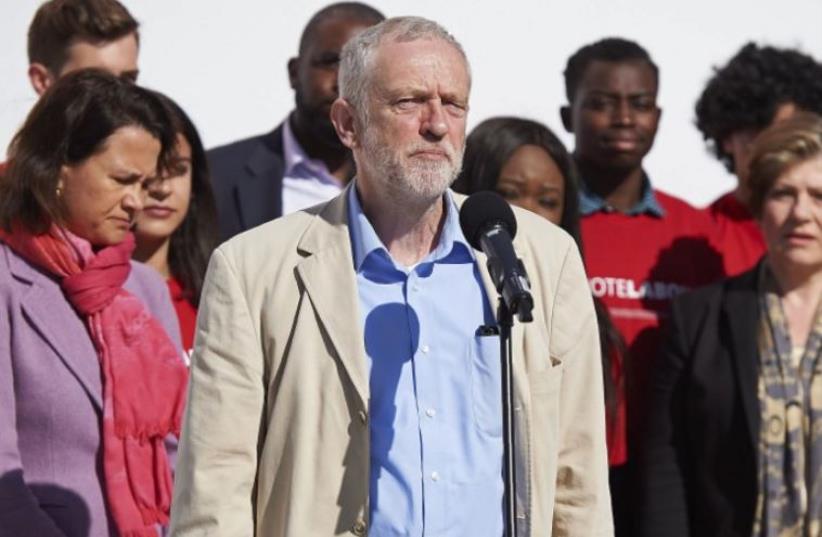 Labor Party leader Jeremy Corbyn makes an appearance in London
(photo credit: AFP PHOTO)
Advertisement
A century after the Balfour Declaration, the United Kingdom must unilaterally recognize Palestine as a state, British Labour party leader Jeremy Corbyn told a rally of several thousand demonstrators in London on Saturday afternoon.“Let us mark the Balfour anniversary by recognizing Palestine as a step toward a genuine two-state solution to the Israel-Palestine conflict.“We must increase international pressure for an end to the 50-year occupation of the Palestinian territories, illegal settlement expansion and, of course, the blockade of Gaza.“As many Israelis and Palestinians believe, there can only be a lasting peace to the Middle East on the basis of a negotiated settlement that delivers justice and security for both peoples and states,” Corbyn said.“We have a special responsibility to the Palestinian people who are still denied their basic rights,” he continued.The rally in a park near Westminster Abbey marked the end of a march through a number of London streets that was organized by the Palestine Solidarity Campaign.Many of the participants held signs that read “Free Palestine,” while others stated “Stop arming Israel.” At times, they chanted, “From the river to the sea, Palestine will be free.” A few rally goers turned the statements into choral music and sang “illegal occupation ending now.”One large sign held by two men said “A century of Balfour injustice.”A small counter protest of several dozen pro-Israeli marchers strode on the sidelines of the march as it hit the park, holding Israeli flags and singing “The Jewish people lives.”They were separated from the Palestinian march by police, who ushered them away before the speeches began.One of the pro-Palestinian protesters yelled after them: “Racist scum.”