"The name of my abuser is Brian Warner, also known to the world as Marilyn Manson. He started grooming me when I was a teenager and horrifically abused me for years." 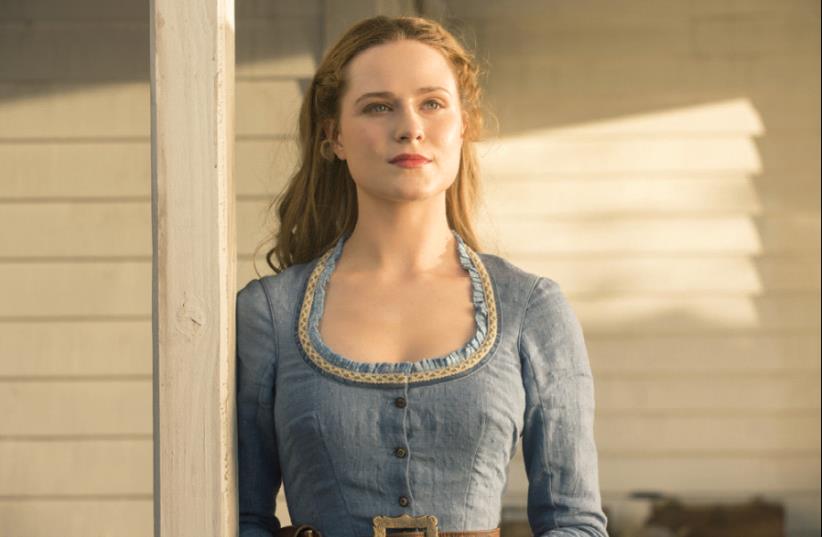 EVAN RACHEL WOOD stars in HBO’s fantasy series ‘Westworld.’
(photo credit: HBO)
Advertisement
Evan Rachel Wood -- the actor, singer and activist -- has alleged that Marilyn Manson "horrifically abused" her for years when they were in a relationship, which she has alluded to when speaking about being a survivor of domestic violence over the years. Wood and Manson's relationship became public in 2007 when she was 19 and he was 38. They became engaged in 2010, but broke up later that year.
In an Instagram post early Monday morning, and in a statement to Vanity Fair, Wood said: "The name of my abuser is Brian Warner, also known to the world as Marilyn Manson. He started grooming me when I was a teenager and horrifically abused me for years. I was brainwashed and manipulated into submission. I am done living in fear of retaliation, slander, or blackmail. I am here to expose this dangerous man and call out the many industries that have enabled him, before he ruins any more lives. I stand with the many victims who will no longer be silent."
The Vanity Fair story has excerpted statements from three other women accusing Manson of abuse, "in a show of solidarity." (A fourth reportedly deleted her post.)
Manson's representatives did not immediately respond to Variety's requests for comment. But his former publicist emailed Variety to say: "TCB believes and supports survivors of abuse." A rep for Loma Vista/ Concord Music, which released Manson's most recent album, did not immediately respond to Variety's request for comment.
Wood began talking about being a survivor of rape and domestic violence in a Rolling Stone article in 2016, and has focused her activism on those issues. In 2019, Wood created the Phoenix Act, a bill that extends the statute of limitations on domestic violence to five years from three. California Gov. Gavin Newsom signed the bill into law in October of 2019, and it took effect in January 2020. Wood testified before the California Senate at the time, saying that her abuser had hidden his drug and alcohol addiction from her, and "had bouts of extreme jealousy, which would often result in him wrecking our home, cornering me in a room, and threatening me."
"I mustered the courage to leave several times, but he would call my house incessantly and threaten to kill himself," Wood said at the time. "On one occasion, I returned to try and defuse the situation, he cornered me in our bedroom, and asked me to kneel. Then he tied me up by my hands and feet. Once I was restrained he beat me and shocked sensitive parts of my body with a torture device called a violet wand. To him it was a way for me to prove my loyalty. The pain was excruciating. It felt like I left my body and a part of me died that day."
In the fall, Wood told Variety, "When I started being an activist, I really asked myself, where do I even start? So the place that I usually start, because I feel like I'm going to do the most good, are the places that I have direct experience. I think that's why I've done so much on domestic violence and sexual assault."
Because of Wood's public comments, which has narrowed down the timing of these alleged incidents, journalists and the public have wondered whether he was the person Wood was talking about. "Why Is Nobody Talking About Marilyn Manson's 'Fantasy' of Killing Evan Rachel Wood?" read a Glamour headline in March 2018 -- the piece pointed out that Manson had once said about Wood in a 2009 interview: "I have fantasies every day about smashing her skull in with a sledgehammer."
This past fall, Manson ended an interview with the U.K. music magazine Metal Hammer when the writer brought up Wood's name. Later, Manson issued a lengthy statement, denying any wrongdoing.
Jem Aswad contributed to this report.