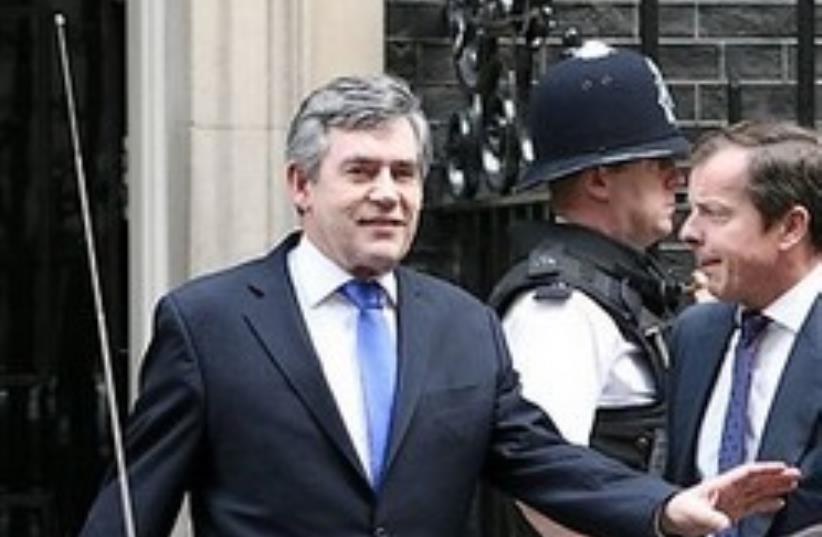 British Prime Minister Gordon Brown has sent the Jewish community a Rosh Hashana message saying he has immeasurable admiration for the community.

"As we approach Rosh Hashana I wanted to take the opportunity to wish you a good and sweet year," he said.

"My admiration for the British Jewish community is boundless, and as you gather in homes and synagogues across the country our thoughts are with you all, and we pray for a year of peace and prosperity for all the world.

"As the shofar awakens you to reflect upon your lives, so too may it call on all of us to think about how we can be better servants of our communities," the Prime Minister added.

He ended his greeting in Hebrew saying, "Ketiva vehatima tova."

"I am delighted to send my warmest wishes on the occasion of Rosh Hashana. The New Year is always a time both for thinking about, and being thankful for, events that have passed, and for anticipating the months ahead. I hope it is a period of tranquillity and blessing for you and your families.

"In Britain today, those of all faiths can learn from the combination of reflection and celebration which occurs at Rosh Hashana. I would like to wish you well for a happy, healthy and peaceful Rosh Hashana and for the forthcoming year," Cameron said.

Meanwhile the British military has installed its first-ever Jewish Civilian Chaplain to the armed forces it announced on Tuesday.

Rabbi Arnold Saunders will be responsible for the spiritual and pastoral care of serving Jewish personnel in all three services - army, navy and air force.

The Manchester-born rabbi has served a number of communities in the northwest of England and is honorary chaplain to the Association of Jewish Ex-Servicemen and Women (AJEX). He also holds a commission in the Territorial Army as an Army Cadet Force (ACF) chaplain serving Greater Manchester ACF.

"On behalf of the Armed Forces Chaplaincy Policy Board I am delighted to be able to welcome Rabbi Arnold Saunders as our first Jewish Civilian Chaplain to the Military," said Stephen Robbins QHC, Chaplain General to the UK Armed Forces.

"His arrival will ensure that the tri-Service chaplaincy is able to provide for the spiritual support, pastoral care and moral guidance for all servicemen and women of the Jewish faith.

"Rabbi Saunders has the best wishes and prayers of the three chaplaincy departments and we look forward to working closely with him over the coming years," he added.

Rabbi Saunders will have the distinction of wearing the very rare Jewish cap badge of the Royal Army Chaplains' Department, a scarce collector's item not been worn by a serving chaplain for some 40 years.

Responding to his appointment Rabbi Saunders said, "I am looking forward with relish and excitement to the challenges that lie ahead and look forward to working with my fellow CCMs and all military chaplains.

"I would like to pay tribute to the Reverend Malcolm Weisman who has given distinguished service as the Honorary Senior Jewish Chaplain to the Military for many years."