Ronald Fiddler carried out an ISIS suicide mission a decade after the British government fought for his release from Guantanamo Bay. 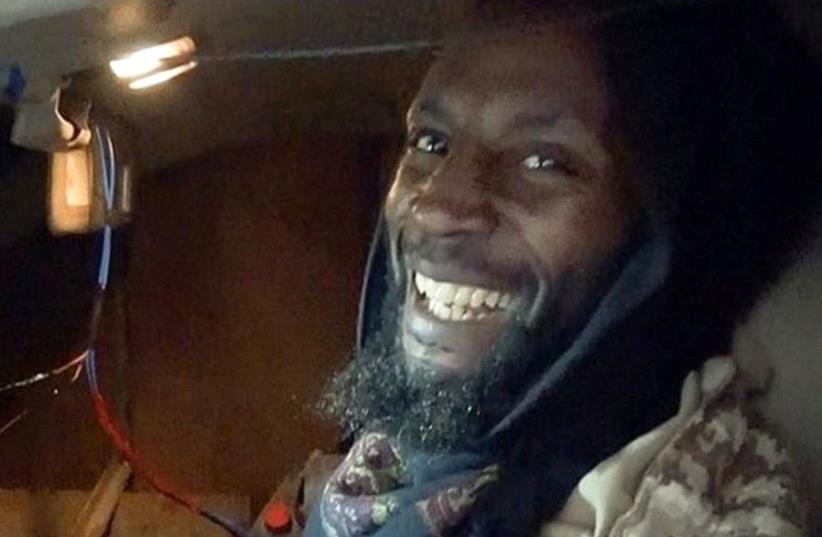 Ronald Fiddler after joining ISIS
(photo credit: TWITTER)
Advertisement
UK security services are being criticized this week after British media reported that British-born jihadist Ronald Fiddler received a £1 million payout from the government before he joined ISIS. Fiddler, born in Manchester, carried out a suicide car bombing in February at an Iraqi Army base in Mosul.50-year-old father of five Fiddler converted to Islam and changed his name for the first time some 30 years ago, assuming the identity of Jamal al-Harith.In 2002, US soldiers in Afghanistan apprehended Fiddler and took him to the controversial American detention camp, Guantanamo Bay, where he was imprisoned for two years. At the time of his arrest, he denied allegations claiming he was part of the Taliban.
ISIS threatens UK in April 2016 video
He was released in 2004 as part of efforts facilitated by then-UK home secretary David Blunkett who was quoted as saying that none of the inmates released would be "a threat to the security of the British people."Fiddler then received the hefty compensation for his time as a Guantanamo Bay detainee. Ten years after British politicians fought for and secured his release, Fiddler traveled to Syria, where he joined ISIS and fought under the name of Abu-Zakariya al-Britani, taking on a new name and a new battle in support of Islamic jihad.Now some are questioning how this was allowed to happen in the first place.Arthur Snell, the former head of Prevent, the UK government's counter-terrorism program, told BBC Radio 4 that "It’s obvious that collectively the authorities – and obviously I have some personal responsibility there – we failed to be aware of what Fiddler was up to."Snell commented further about the problems security services face when dealing with terrorists of Fiddler's: "More often, the services are in the mental health space rather than law enforcement. It’s impossible to say what was happening in that 10-year period but what is very clear is that there was a problem and it wasn’t adequately dealt with."According to official UK government reports, approximately 850 British citizens have left the UK over the years to join the fight in Syria.