The New York Times reported on Friday that US border authorities have been expelling migrant children from other countries to Mexico. 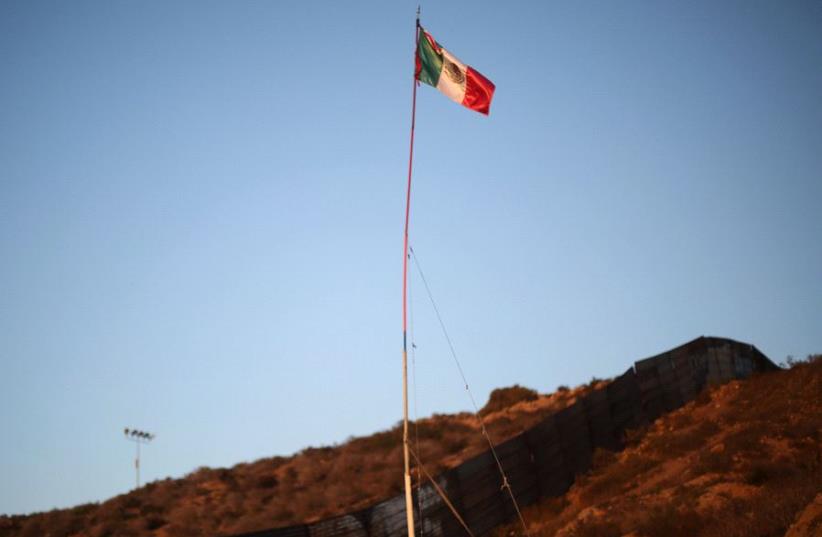 A Mexican flag is seen next to a section of the wall separating Mexico and the United States, in Tijuana, Mexico, October 6, 2016
(photo credit: REUTERS)
Advertisement
The Mexican government said on Saturday it had no register of unaccompanied migrant children entering the country in response to a media report that US officials have been sending back foreign minors to Mexico in breach of joint accords.
The New York Times reported on Friday that US border authorities have been expelling migrant children from other countries to Mexico, fueling tensions on an issue that has strained US-Mexico ties under the Trump administration.
Mexico's government reacted by saying it would look into the report, but has not confirmed any cases.
"At present there is no register of minors entering Mexican territory without being accompanied by their relatives," Roberto Velasco, a senior foreign ministry official, wrote on Twitter.
Velasco said Mexico would continue to investigate the matter alongside civil society groups and multilateral organizations.
Speaking on condition of anonymity, a Mexican official said US authorities were not allowing Mexico to review who was being expelled from the United States. Efforts were underway to negotiate a solution to the issue, the official added.
According to the newspaper, the expulsions were set out in an internal email from a senior US Border Patrol official, and breached the terms under which Mexico agreed to help Washington impose tougher border controls to stop the spread of the coronavirus.