Pollard released from US prison after thirty years behind bars

Greeted by his wife Ester, the couple were en route to Manhattan to enjoy their first Shabbat dinner together outside of a government facility, according to Pollard's lawyer. 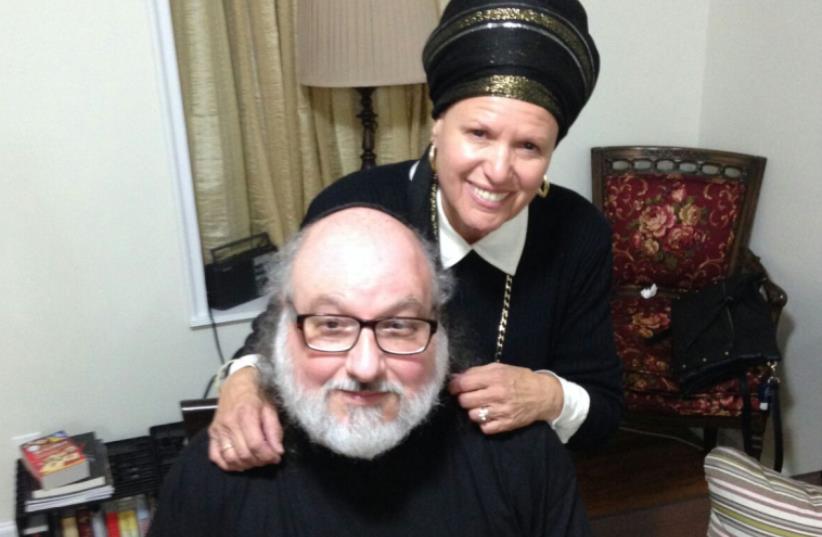 Jonathan Pollard and his wife Esther
(photo credit: FREE JONATHAN POLLARD CAMPAIGN)
Advertisement
Jonathan Pollard was released Friday from the federal prison in Butner, North Carolina, after serving 30 years of a life sentence behind bars for conspiracy to commit espionage without intent to harm the United States.
Jonathan Pollard freed from prison after 30 years
His wife Esther greeted him at the prison and flew with him to New York, where they spent Shabbat together in Manhattan.The couple released a statement saying they were grateful to everyone who worked for his release. Pollard, who suffers from diabetes and chronic leg and ankle swelling, was examined by a doctor.President Reuven Rivlin on Friday welcomed the news of his release.
Netanyahu statement on Pollard release
“We all welcome the release of Jonathan Pollard from prison after so many long and hard years,” Rivlin said. “Throughout the years, our pain was Pollard’s pain... we felt the responsibility and obligation to secure his release.”Prime Minister Benjamin Netanyahu released a statement saying he had been looking forward to this day for many years after repeatedly raising Pollard’s fate with many American presidents.Netanyahu wished Pollard well and said he hoped he could enjoy Shabbat and the rest of his life with peace of mind.Pollard was not set completely free, however. He still must check in regularly with a parole officer and can be returned to prison for poor behavior. He is not permitted to leave New York or to give interviews without special permission from Naval intelligence.The former Israeli agent is required to wear an electronic bracelet at all times for GPS tracking of his whereabouts and is subject to unfettered monitoring and inspection of his computers, as well as those of any employer who hires him. He has received an offer to become a research analyst in the finance department of a respected investment firm, but he will not be able to receive the job if his computers are monitored.Pollard was originally prohibited from using any computer with access to the Internet by the parole commission.Pollard's lawyers successfully removed that restriction but the condition of allowing his computers to be monitored in a fully unfettered manner was kept in place.The case against the restrictions is to be heard by a New York district court judge in a hearing that is expected to take place as early as this week after Pollard’s pro bono lawyers, Eliot Lauer and Jacques Semmelman, petitioned for an appeal Friday asking that the parole conditions be removed, calling them unreasonable, vindictive and unlawful.There is no reason to monitor Pollard, they said, because the American security officials who were in office at the time of his arrest and the parole commission itself determined that he lacked any useful information.“The notion that, having fought for and finally obtained his release after serving 30 years in prison, Mr. Pollard will now disclose stale 30-year-old information to anyone is preposterous,” the lawyers said in a joint statement.“Apart from the fact that the information is useless, disclosing it will result in Mr. Pollard’s swift return to prison to serve out his life sentence.”The lawyers wrote that the conditions were illegal because they violate a federal statute, federal regulations and the constitution, which strictly constrain the imposition of conditions on parolees.They said monitoring and tracking conditions imposed on Pollard were most commonly placed on pedophiles, stalkers and similarly dangerous felons who must be closely supervised at all times for the protection of their victims.“There is no basis whatsoever to treat Mr. Pollard in that manner, and doing so is vindictive and cruel,” they wrote.To dispute the claim that Pollard could reveal classified information, the lawyers submitted to the court a declaration from Robert “Bud” McFarlane, who served as US national security adviser under president Ronald Reagan at the time of Pollard’s 1985 arrest.“I see no reason for concern that Mr. Pollard might still deliver classified information to someone,” McFarlane wrote. “To the extent Mr. Pollard even recalls any classified information, it would date back 30 years or more, and would have no value to anyone today. Classified information from 30 years ago is useless.”Former Democrat senator Dennis DeConcini of Arizona, who served on the Senate Intelligence Committee at the time of the arrest and is knowledgeable about the classified aspects of the case, added that ”the information would not be of value to anyone today.”New York Congressmen Eliot Engel and Jerrold Nadler, who are both Democrats, wrote US Attorney-General Loretta Lynch last week, urging her to allow Pollard to move to Israel, saying he was willing to renounce his American citizenship, following the precedent of a Cuban spy who was permitted to renounced his US citizenship and move to Cuba.Netanyahu asked Obama when they met two weeks ago to intervene to allow Pollard to move to the Jewish state, but White House officials said there would be no consideration of intervention.