By ASSOCIATED PRESS
JULY 2, 2010 10:01
Russian spies 311
(photo credit: AP)
Advertisement
A prosecutor warned that a powerful and sophisticated network of US-based Russian agents was eager to help defendants in an alleged spy ring flee the country on bail. US authorities also said one defendant confessed that he worked for Russia's intelligence service and others had large amounts of cash."There are a lot of Russian government officials in the United States who are actively assisting this conspiracy," Assistant U.S. Attorney Michael Farbiarz told US Magistrate Judge Ronald L. Ellis on Thursday as he argued that those arrested last weekend should remain held without bail.RELATED:
Russia's "femme fatale"
FBI arrests 10 alleged Russian spiesEllis ruled that two defendants, Cynthia and Richard Murphy, should remain in custody because there was no other way to guarantee they would not flee since it was unclear who they were. But he set bail of $250,000 for prominent Spanish-language journalist Vicky Pelaez, a U.S. citizen born in Peru, saying she did not appear to be trained as a spy. The judge required electronic monitoring and home detention and said she would not be freed before Tuesday, giving prosecutors time to appeal.The decision to set bail for one defendant came as police on the island nation of Cyprus searched airports, ports and yacht marinas to find a man who had been going by the name Christopher Metsos, who disappeared after a judge there freed him on $32,500 bail. Metsos failed to show up Wednesday for a required meeting with police. He was charged by US authorities with supplying funds to the other members of the ring.Authorities also examined surveillance video from crossing points on the war-divided island, fearing the suspect might have slipped into the breakaway north, a diplomatic no-man's-land that's recognized only by Turkey and has no extradition treaties.
"One of the most sophisticated intelligence services in the world""This is a case that in the course of less than a week has gotten much, much better," Farbiarz said, citing $80,000 in new, hundred dollar bills found in the safe-deposit box of two defendants who had been living in Montclair, N.J.Farbiarz said a criminal complaint filed against the defendants was "relatively long but the complaint is the tip of an iceberg."The prosecutor said new evidence included the discovery of multiple cellular phones and multiple currencies in a safe deposit box and other "tools of the trade when they're in this business."He said the spy ring consisted of people who for decades had worked to Americanize themselves while engaging in secret global travel with false passports, secret code words, fake names, invisible ink, encrypted radio and techniques so sophisticated that prosecutors chose not to describe them in court papers. 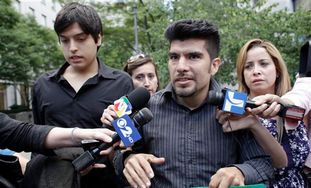 If freed, Farbiarz warned, the defendants would certainly flee, using coconspirators in the United States to disappear and the tentacles of "one of the most sophisticated intelligence services in the world."Farbiarz said the defendants have a "powerful sophisticated network they can call upon in the United States."The prosecutor's claims were countered by lawyers for several defendants who said that their clients, accused of going undercover in American cities and suburbs, were harmless and should be released on bail."It's all hyperbole, your honor," attorney Donna Newman said on behalf of Richard Murphy.She said Murphy was a stay-at-home-dad who did the chores while his wife Cynthia earned a good living.Farbiarz said the couple was proof that the defendants carried out "deception and lies at a systematic level."He said US agents had been surveilling them for years and yet "after all those years of listening, there is no inkling at all that their children who they live with have any idea their parents are Russian agents."Ellis said the disappearance of Metsos after he was granted bail on the Mediterranean island did not affect his ruling. "I don't know what they do in Cyprus," the judge said.Lazaro: Incriminating statementsLawyers for Juan Lazaro asked to postpone his bail hearing just hours after prosecutors revealed in a letter to Ellis that Lazaro had made incriminating statements.US authorities said in their court filing that Lazaro made a lengthy statement after his June 27 arrest in which he discussed some details of the operation, which prosecutors said involved Russian moles on a long-term mission to infiltrate American society. Among other things, prosecutors said, he admitted that Juan Lazaro was not his real name, that he wasn't born in Uruguay and wasn't a citizen of Peru, as he had long claimed, that his home in Yonkers, N.Y., had been paid for by Russian intelligence and that his wife, Pelaez, had passed letters to the "Service" on his behalf.He also told investigators that even though he loved his son, "he would not violate his loyalty to the 'Service' even for his son," three assistant US attorneys wrote in a court memo. They added that Lazaro, who investigators claim spent at least part of his childhood in Siberia, also wouldn't reveal his true name.Federal prosecutors said they had searched a safe-deposit box belonging to the Murphys this week and found eight unmarked envelopes each stuffed with $10,000.Earlier in the day, the lawyer for another suspect, Donald Heathfield, told a judge the case against his client was "extremely thin.""It essentially suggests that they successfully infiltrated neighborhoods, cocktail parties and the PTA," said his attorney, Peter Krupp.A judge in a federal court in Boston gave Heathfield and his wife, Tracey Lee Ann Foley, of Cambridge, Mass., until July 16 to prepare for a bail hearing.As they entered the court in handcuffs and leg shackles, the couple smiled at their sons, a teenager and a college student. The boys waved to their parents. 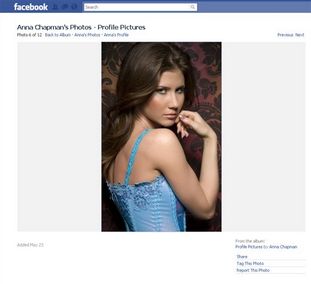 Not due in court Thursday was Anna Chapman, the alleged spy whose heavy presence on the Internet and New York party scene has made her a tabloid sensation. She was previously ordered held without bail.There is evidence that at least some of the alleged agents had success cultivating contacts.Clare Lopez, senior fellow at the Center for Security Policy and a former operations officer for the CIA, said the alleged plotters might have someday been able to produce valuable information, if left in place long enough."Their value is not just in acquiring classified information," she said. "There's a lot that goes on that's not simply stealing secrets and sending them back to Moscow."
Advertisement
Subscribe for our daily newsletter