For sure, one can take some comfort from the fact that everyone on the plane is masked. However, when drinks or food is served, the masks come off and you have no idea who is sitting beside you. 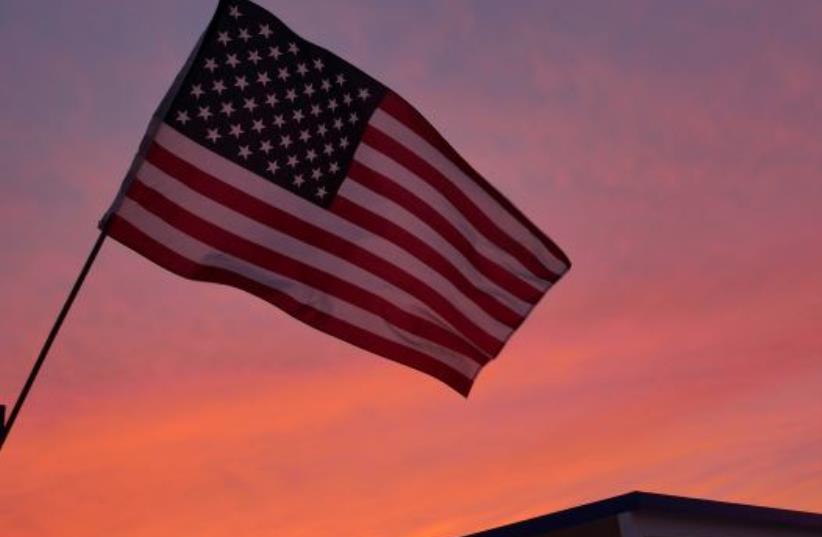 My wife and I just returned from a nine-day trip to the United States to visit the children and grandchildren who live there, and we were simply unprepared for some of the changes we experienced during the trip. Israelis who have not been there since before COVID are in for lots of disappointing surprises.

The first shock was the connecting flight from New York to Los Angeles. On domestic flights there is absolutely no control whatsoever of passengers who might be carriers of COVID. While there is a requirement to be masked both at the airport and on the plane, no COVID tests are required in order to fly. Therefore, while there is a level of comfort on the flights to and from Israel because everyone has been tested within 72 hours of the flight, no such requirement exists on flights within the US.

For sure, one can take some comfort from the fact that everyone on the plane is masked. However, when drinks or food is served, the masks come off and you really have no idea who is sitting beside you.

Our next surprise came the day after we arrived. We had checked in to my favorite hotel in the Los Angeles area and left to see the kids. On our return later in the afternoon, we saw that the room had not been cleaned. I called downstairs only to be told that since COVID began the rooms are not cleaned each day automatically. Rather guests are obligated to request room cleaning, and must do so each day. When I asked how we were supposed to know that, the response was “well, everybody knows that.” Seriously!?

Later in the visit we were in a hotel in Brooklyn and, assuming the same process held true there, the day after we arrived I asked the front desk to clean the room that day. The staff person on duty looked at me quizzically, and said: “You need to tell us the night before if you want the room cleaned today.” By this time, you can figure out the response I received when I asked how we were supposed to know that.

In Los Angeles, I went to DXL, the big man’s chain store, where I often buy clothes when I am in the States. I really needed some long-sleeved white shirts. The clerk smiled at me and said, “Sorry, we are out of stock and the shipment of new goods is stuck in the harbor.” I then indicated I needed a new belt as well. She took me to the belt rack to show me that there were just nine belts left to sell and none of them were my size. I said that I presume they are also in the harbor and she nodded yes. The supply chain backup is well known of course, but it is theoretical until you need to buy something.

As we arrived at JFK for our return trip to Israel, we found that not only was there no longer any curbside check-in available, there were also no porters evidently (we had a similar experience at LAX when we flew to New York). Thankfully, I was traveling on this trip with my wife. However, as someone who has used crutches for the last ten years and has traveled alone and often during that period, individuals who are mobility challenged will have a devil of a time accessing airports on their own under these conditions.

We ran into a related problem when we returned our car to the rental facility at JFK. Whereas before COVID the rental companies were happy to drive people with mobility issues back to the terminal, that option has also been eliminated. The only option now is to use whatever shuttle service is available. However, again for mobility challenged people with suitcases, the only option will be to call an Uber to come to the rental facility and have them provide a ride to the terminal.

Perhaps some of these services will be reinstated once we get past COVID. However, I am not sanguine about that. The hotels, airports and car rental agencies are all saving big bucks by not providing services, yet charging higher prices than before COVID. Frankly, they have no incentive to restart those services in the near future.

Nevertheless, forewarned is forearmed. If people are aware of what they can expect when they fly it will make the trip easier. Given the amount of traffic between Israel and the US, this information may well be useful to those who have not traveled there since the pandemic began.

American novelist Paul Theroux once said: “Travel is glamorous only in retrospect.” Truer today than ever before.

The writer is a 38-year resident of Israel, CEO of Atid EDI Ltd., a Jerusalem-based international business development consultancy, former national president of the Association of Americans & Canadians in Israel and chair of the American State Offices Association in Israel.