Trump declares that "peace will be restored" at home and abroad in keynote address. 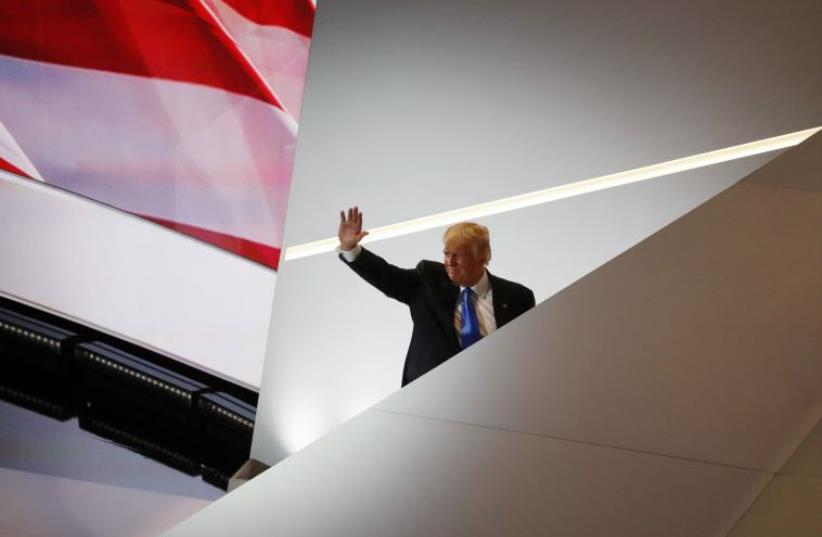