“Remembering the past has to be more than reading facts from history books...What we will be tomorrow will depend on our actions today.” 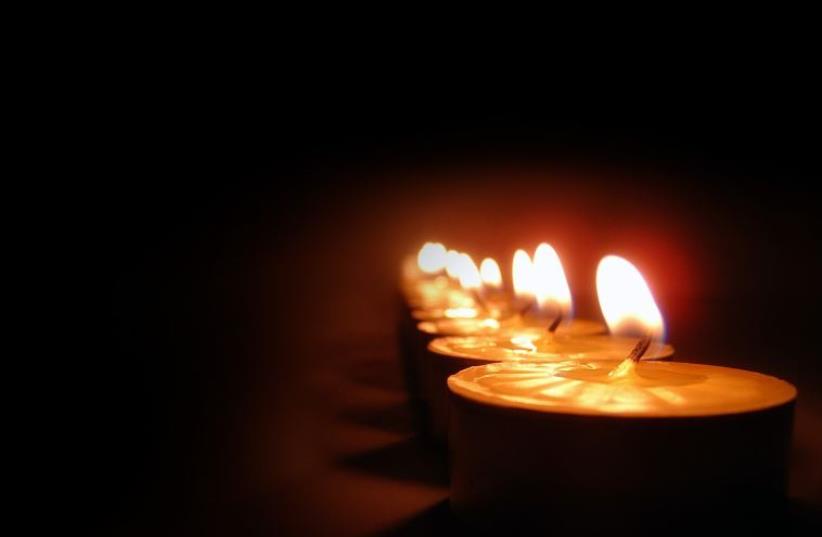 Remembrance candle
(photo credit: Courtesy)
Advertisement
NEW YORK – The United Nations held its first annual International Day for Victims of Genocide on Wednesday.The UN General Assembly had voted unanimously to establish the event last September by passing Resolution 69/323, which sets aside December 9, the day the UN adopted the convention on the prevention and punishment of the crime of genocide in 1948, as a yearly day of commemoration.“This is a day of great significance,” UN Special Adviser on the Prevention of Genocide Adama Dieng said in his keynote speech. “It is about the past, and also about the future.”“Remembering the past has to be more than reading facts from history books,” Dieng added. “Remembering the victims of genocide and the crimes committed in the past must contribute to our understanding of the present and guide our actions in the future. What we will be tomorrow will depend on our actions today.”Dieng said the establishment of the UN itself is linked to the Holocaust. He also spoke about his experience meeting with the Yezidi community who have suffered at the hands of ISIS gunmen in Iraq.“Most of us are unable to even begin to imagine the extreme pain, the suffering and the trauma caused by the violence associated with genocide and other crimes of atrocity,” he said. “It is important to highlight that genocide is not a crime contained within one culture or one region of the world.”Dieng also said he was “extremely worried” by the “outpouring of hostility, xenophobia and intolerance that we have witnessed in recent weeks in response to the flight of refugees and migrants to Europe, and in response to terrorist attacks.“This manipulation of people’s concerns for political gain is sickening – and as we know from the past, it is also dangerous,” he said.“We must ask ourselves how we give meaning to a promise we have made but several times we have failed to keep: the promise of ‘never again,’ Deputy UN Secretary-General Jan Eliasson told the General Assembly.“Every time we repeat that phrase after a genocide, we in fact, admit a monumental and shameful failure.”In his speech Eliasson mentioned recent killings in Syria, Iraq, Yemen, Central African Republic, South Sudan and Mali and said that “hate speech, incitement and marginalization” are serious early warning signs of genocide that the UN should be aware of.“If we do not pick up the first tremors in the ground, we may face earthquakes later – quakes which can bring societies crashing down,” he said.Israeli Ambassador to the United Nations Danny Danon also spoke at the event on behalf of the Western Countries Group, for which he serves as chairman for the month of December. The WEOG is one of the 5 regional groups at the UN, and includes Western European countries, the United States, Canada, Australia, Turkey, New Zealand and Israel.“We must be ever vigilant to prevent atrocities in the future,” Danon said. “We must not allow ourselves to be paralyzed by political considerations.”“This year marks 70 years since the Holocaust, the attempted systematic destruction of the Jewish people in Europe,” Danon added. “In the decades following the adoption of this landmark convention, the world thought that the crime of genocide belonged to the darker eras of our past. In the grip of this misplaced optimism and false confidence, the United Nations failed to heed the warning signs of potential atrocities.”Danon also referred to the Rwanda Genocide in 1994, where hundreds of thousands of people were murdered. He also mentioned Srebrenica where close to 8,000 of Bosnians were massacred in 1995, despite the promise of UN protection.A more comprehensive interview with Ambassador Danny Danon will be published on Sunday.