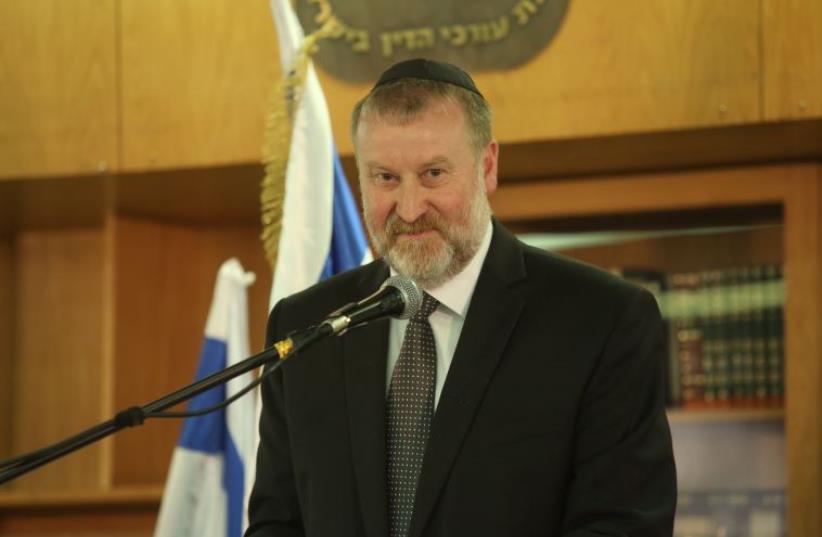 Avichai Mandelblit
(photo credit: MARC ISRAEL SELLEM/THE JERUSALEM POST)
Advertisement
Attorney-General Avichai Mandelblit rejected all attempts on Monday night to disqualify candidates from running for the Knesset or to block parties from running on joint lists both on the left and right ends of the political spectrum.
Mandelblit was responding to a petition before the Central Elections Committee, which has the final say. He rejected a petition to disqualify each of the three Arab parties which previously made up the Joint List Party.
Explaining his decision, he said that even if aspects of the parties’ conduct seemed to run afoul of a law which says candidates can be disqualified from running for the Knesset for supporting armed conflict with Israel or trying to undermine Israel’s Jewishness, that the evidence did not meet a “critical mass” necessary to violate the relevant law.
Mandelblit cited past High Court of Justice decisions which defended the same Arab parties right to stand for election by interpreting their statements and actions as being committed to peacefully using politics to change Israel’s democracy from being more Jewish to being more a “state of its citizens,” without breaking any laws or actually supporting violence.
Notably, he said that most of the evidence presented had not led to the Arab parties being disqualified from past Knessets, so the same evidence could not succeed now.
He also struck down a petition to block the union of Bayit Yehudi, National Union and Oztma.
Rejecting the idea that the combine violated principles of equality, he said that there was no Knesset law preventing parties from uniting in order to get passed the 3.25% electoral cut-off.
In addition, Mandelblit told the Central Elections Committee that an advertisement by Otzma, which was accused of being racist and of disparaging the IDF’s rules of engagement, could not be banned. He said that even though the content was highly objectionable and factually inaccurate, that it did not meet the standard for violating the political advertising laws.