Haredi party leaders vow to back only Netanyahu after exit polls

Shas leader Deri and UTJ leader Gafni both spoke with PM after the polls closed and promised to recommend to President Rivlin that he form the next government. 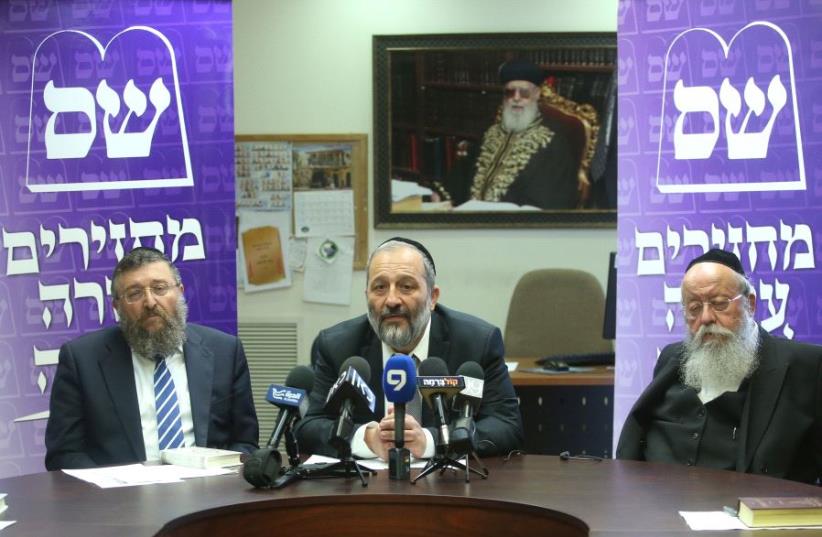 Shas
(photo credit: MARC ISRAEL SELLEM)
Advertisement
Leaders of both haredi parties Shas and United Torah Judaism have insisted, following the first exit polls, that they will be true to their words before the elections and will recommend Prime Minister Benjamin Netanyahu to form the next coalition.According to the exit polls, it would be almost impossible for the Blue and White party headed by Benny Gantz to form the next government without the support of at least one of the haredi parties.Shas chairman Arye Deri said his party would without doubt be recommending current Prime Minister Benjamin Netanyahu to form the next government. “As I promised, we will recommend Netanyahu and establish a right-wing government,” said Deri.“Even before the exit polls were published he [Netanyahu] called me, and I said to him ‘prime minister, you can be at ease, Shas fulfils its agreements.”Senior UTJ leader MK Moshe Gafni said that he also spoke with Netanyahu soon after the exit polls were broadcast, and that he had also promised to recommend to President Reuven Rivlin that the prime minister form the next government. UTJ Chairman MK Yaakov Litzman said that “when UTJ says something, it stands by it,” and added that “today we gave notice that we are supporting Netanyahu - period.”Litzman said that also expected UTJ’s total number of seats to rise to eight, which would represent a 33 percent increase in its electoral strength and constitute a spectacular result for the haredi party.