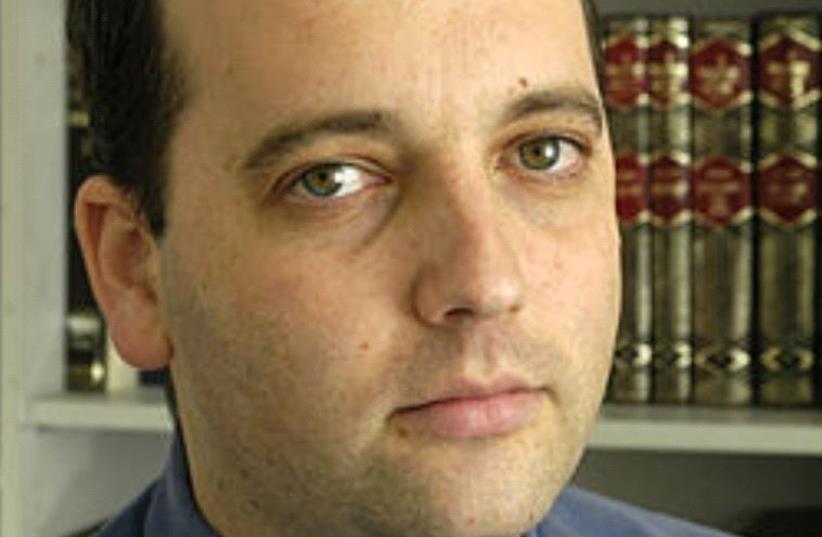 Gilad Kariv
(photo credit: WIKIMEDIA)
Advertisement
With the departure of former Labor leader Isaac Herzog to the Jewish Agency, Labor needs a new MK who runs on helping Diaspora Jewry, Labor Knesset candidate Rabbi Gilad Kariv told The Jerusalem Post in an interview on Wednesday.Kariv heads the Reform Movement in Israel and is on a leave of absence to participate in the February 11 primary. He won the 32nd slot on the Zionist Union list in the 2015 election but did not make it into the current Knesset.“I am not running as a curiosity,” Kariv said. “I am the only guy running in the primary who focuses on matters of religion and state and the relationship with world Jewry, and Labor cannot afford to not have those issues as part of their message. The vast majority of Labor members and voters understand the need to deal with those issues.”Kariv said Labor leader Avi Gabbay has in some ways gone further than Herzog on matters of religion and state. For instance, in his address at last Thursday’s Labor convention, Gabbay endorsed public transportation on the Sabbath, something Herzog has not publicly backed.“Gabbay fully gets it,” Kariv said. “He is one of the first Labor leaders who spoke openly about public transportation on Shabbat as a core item in his agenda. He supports what we in the Reform Movement believe on civil marriage, religious pluralism, the Kotel deal, conversion and full equality for the LGBT community on family rights and like we do, he backs them from a perspective of strengthening Jewish identity.”Besides being a Reform Jew, Kariv has one other disadvantage: He is a man, running in a party that puts a major emphasis on advancing female candidates.Kariv received 8,000 votes in the last Labor primary, more than four candidates who entered the Knesset in Labor due to reserved slots for women. Gabbay decided to reserve six slots for women among Labor’s top 21 candidates, which will make it even harder for Kariv to get elected, but he has no complaints about the decision.“I fully accept the need for Labor to promote women,” he said. “For the next few elections, we need these mechanisms to promote women in the political sphere. It’s a price I am willing to pay as a man to promote gender equality. It’s one of the flags of my movement.”Kariv though said he is troubled by the many sectors that receive reserved slots when non-Orthodox movements do not. He suggested that because of what he called discrimination and incitement against the non-Orthodox movements by the current government, progressive parties reserve slots for representatives of the non-Orthodox movements.Kariv said he was proud that Labor was the only party that had both a Reform rabbi and a haredi (ultra-Orthodox) candidate: Michal Zernowitski, who praised Kariv in an interview with the Post on Tuesday.“Michal represents a new force in the ultra-Orthodox community,” Kariv said. “I don’t expect her to visit me in my shul. But I am sure she would come to my biennial or to a meeting on tikkun olam (repairing the world).”Kariv admitted that he regularly prays in Orthodox services. But he said his wife would never agree to sit in an ezrat nashim (women’s section in an Orthodox synagogue).Under Kariv, the Reform movement has done outreach to politicians across the political spectrum, including future candidates for prime minister in Likud. When listing opponents of the religious streams in the ruling party, he cites Tourism Minister Yariv Levin, Environmental Protection Minister Ze’ev Elkin, coalition chairman David Amsalem, Deputy Foreign Minister Tzipi Hotovely and MK David Bitan.Kariv admitted that his own party is not doing very well in the polls right now, but he said he still believes he will be elected to the next Knesset in the April 9 election.“Labor is in a challenging situation,” he said. "I can win a good slot and not make it into the Knesset, but I think I will be elected. I am a man of faith.”