Yehudah Glick on primaries results: Likud not a one-man show

Glick was happy that certain currently serving MKs, likely referring to firebrand Oren Hazan, did not make it to realistic reelectable spots. 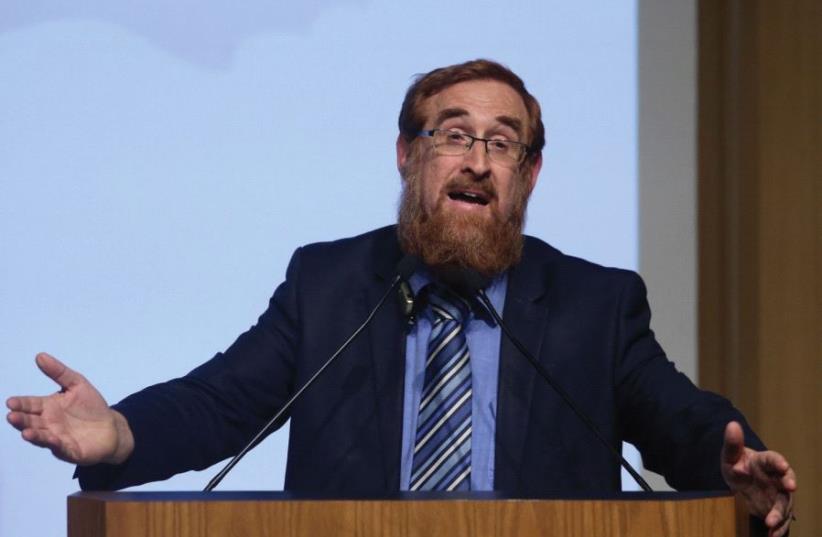 Likud MK Yehudah Glick
(photo credit: MARC ISRAEL SELLEM)
Advertisement
MK Yehudah Glick showed himself disappointed after being pushed off to a low spot on the Likud list in the party’s primaries on Tuesday, but promised to continue to represent the public.Glick reached the 25th spot on the list, but due to reserved spots for district candidates and another three reserved seats to be decided upon by Prime Minister and Likud leader Benjamin Netanyahu, he is likely to fall another 10 spots lower on the list, making it difficult for him to count on being reelected in the national elections.In an interview with the national-religious Srugim news outlet, Glick said that he will stay part of the Likud, and that he was happy with the result.“Likud proved yesterday that it is a democratic party that has an impressive and diverse team,” he said.Glick was also happy that certain currently serving MKs, likely referring to firebrand Oren Hazan, did not make it to realistic reelectable spots.The Likud “took out people who made a living off gimmicks and gave a vote of confidence to the people of action in the previous Knesset,” he stated.Glick said he supported Netanyahu as the Likud leader and prime minister, but that he was happy the primaries proved the party is not a “monarchy or dictatorship.”“It’s a democratic party in which the prime minister has a significant opinion. But in the end there are a hundred and twenty thousand people whose voice is heard as well,” Glick said.He added that he did not think Netanyahu and his rival, former minister Gideon Sa’ar who reached the fourth place, would clash when forming the government.“[Yisrael Beytenu leader Avigdor] Liberman’s statements against Netanyahu were very harsh and then he appointed him as his defense minister,” Glick remarked, adding that “politics is built out of competitions, but in the end, everyone works with everyone.”