"The Future Generation" Party is demanding that the court lower the minimum age so that it's members can run in the March 2 elections. "The youth have decided to take their fate in their own hands." 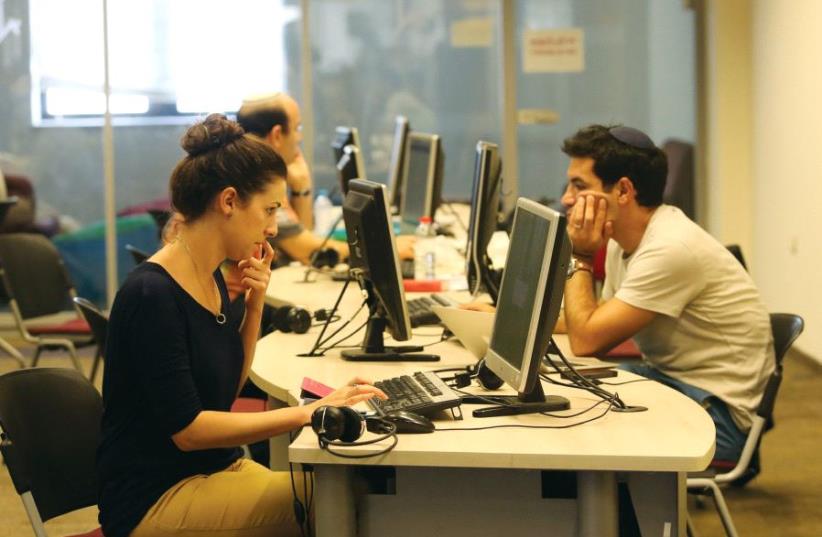 Israeli education (illustrative)
(photo credit: MARC ISRAEL SELLEM)
Advertisement
The youth party "The Future Generation," which submitted a list to run for Knesset but was rejected by the Justice Ministry and the party registrar, has petitioned the High Court. The party is demanding that the court lower the minimum age to establish a party so that it's members can run in the March 2 elections.The party's platform centers on improving education in Israel. Currently, the minimum age at which one can run for Knesset is 21. The party is asking that the law be amended so that individuals as young as 16 can run.“We understand that if we do not fight for our future, no one will fight for us," the party said in a statement. "It is time for the youth that the State of Israel abandons to be represented in the political system."The idea of The Future Generation, a party of youth who will fight for youth, came from the feeling of neglect and abandonment by  state authorities, as stated in the petition: "against the failure of the state authorities to provide an adequate response to the needs of the youth in the 21st century. " As a result, the young people are seeking to form a party through which they can take their future in their own hands and lead to a real change in the Israeli education system. "The youth, who feel that they have not been given the right place in the country's priorities, have decided to take their fate in their hands and take active action for their future," the petition to the court reads.The party was established just months after the OECD Programme for International Student Assessment (PISA) report showed a dwindling level of education in Israel, despite the education budget doubling over the past decade. PISA, according to its website, measures the ability of 15-year-olds to use their reading, mathematics and science knowledge and skills to meet real-life challenges. Other exams have also showed challenges in the Israeli education system.It is precisely in this complex reality that The Future Generation seeks to take part in decision-making, following the growing global trend of youth who are leading revolutions in various fields, setting up companies, initiating protests and leading change around the world. One of the most prominent of these young people is 17-year-old Greta Thunberg, who was chosen as Time Magazine's Person of the Year for 2019. "Our elected officials have failed miserably, and therefore, the involvement of the youth is imperative," the party's release said. "The Future Generation Party speaks on behalf of almost two million students in Israel who yearn for change, action, decision making and reform that will bring improvement in all areas of their lives. We must bring change and fight for our future!”