Israelis have long complained that drawn-out investigations, often leaked to the media, have undercut politicians and their right to due process.

By JTA
FEBRUARY 15, 2018 13:08
Israeli Prime Minister Benjamin Netanyahu prepares to give a speech in Tel Aviv, Israel February 14, 2018
(photo credit: NIR ELIAS / REUTERS)
Advertisement
Police are recommending charges of bribery and breach of trust against Israeli Prime Minister Benjamin Netanyahu. He’s saying the case police have made is “full of holes, like Swiss cheese.”Police allege Netanyahu received expensive gifts from supporters in return for advancing their interests, including expensive cigars and champagne from the Israeli-born Hollywood producer Arnon Milchan. The prime minister also is alleged to have conspired with Arnon Mozes, the owner of the Israeli daily Yediot Acharonot, to advance legislation hobbling the free and pro-Netanyahu tabloid Israel Hayom, which is bankrolled by American billionaire Sheldon Adelson.Netanyahu may want the public to recall how earlier corruption probes against him, in his first stint as prime minister, went nowhere, and how those against two of his successors, Ehud Barak and Ariel Sharon, also petered out.  In 2009, then-Foreign Minister Avigdor Lieberman faced charges of bribery, fraud, money laundering, witness harassment and obstruction of justice, but was acquitted at trial.Israelis have long complained that drawn-out investigations, often leaked to the media, have undercut politicians and their right to due process.History may not be kind to Netanyahu’s cheese metaphor, however: There are a dozen or so Cabinet-level figures in Israel who similarly dismissed charges against them, only to find themselves in a different kind of hole. Many were given suspended sentences; here are five who received hard time.
Ehud Olmert, prime minister 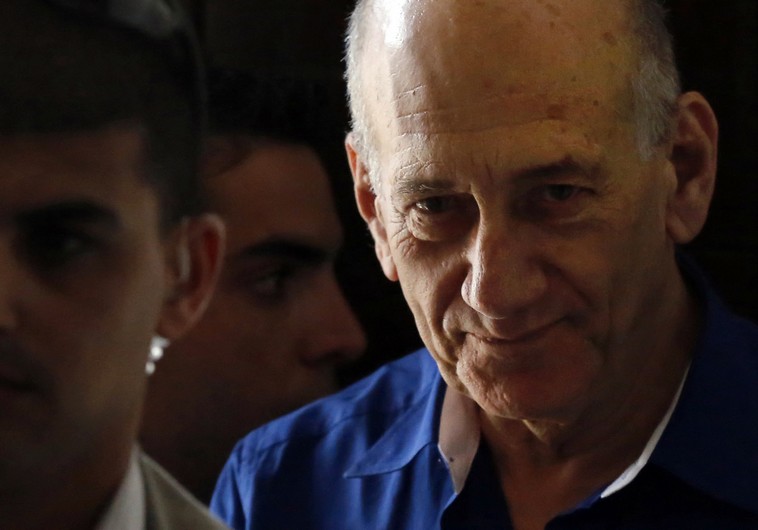 Former Prime Minister Ehud Olmert leaves Tel Aviv District Court, May 13, 2014 (REUTERS)Olmert resigned his post in September 2008 after police investigators recommended that he be indicted in multiple corruption scandals.What he said: “Every intelligent person knows that things are totally out of proportion.”What he served: 16 months of a 27-month sentence for receiving bribes in what was called the largest corruption scandal in Israel. He was released last year. The Holyland Affair involved the payment of bribes to government officials by the developers of an eponymous luxury high-rise apartment complex in Jerusalem. Olmert also was convicted for accepting cash-filled envelopes from an American-Jewish businessman, Morris Talansky, and using it for personal and not political expenses.
Moshe Katsav, president 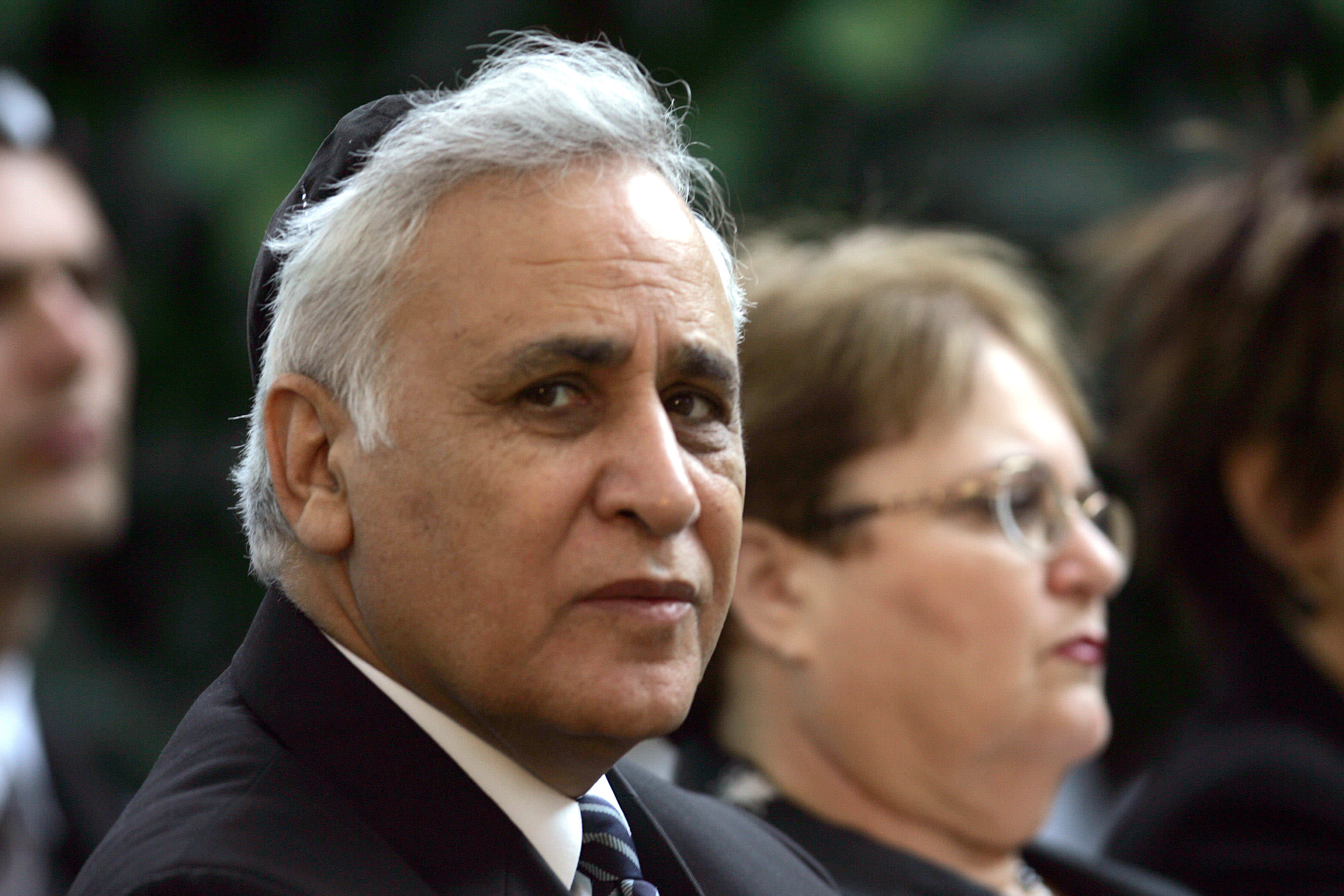 Israel's former President Moshe Katzav and his wife, Gila (POOL new/REUTERS)Katsav, charged with raping one woman and sexually harassing two other staffers, resigned in 2007 after reaching a plea bargain. The rape charges were dropped. He would plead guilty to sexual harassment and obstruction of justice among other charges and receive a suspended sentence.What he said, in 2006: “The press is leading the public pressure. Sometimes their actions even border on criminal, when false testimony is given because of the [media] pressure. Hostile media sources reached out to many young women.”What he served: Five years of a seven-year sentence for rape and the other charges. What happened? Katzav didn’t like the way the plea talks were going and opted for a trial in 2010. A three-judge panel was unanimous in its guilty verdict. He was released in 2016.
Gonen Segev, energy ministerSegev, a doctor, was a member of the hawkish opposition Tzomet party who was lured across the aisle in 1994 to join Yitzhak Rabin’s government as energy minister and to deliver the crucial vote that approved the Oslo Accords with the Palestinians.In 2004, he was arrested for drug smuggling and credit card fraud. He had attempted to smuggle in 25,000 Ecstasy tablets from the Netherlands.What he said: He thought they were M&Ms.What he served: More than two years of a five-year sentence. He was released in 2007. Segev was last heard practicing medicine in Nigeria.
Shlomo Benizri, health and energy ministerBenizri, of the Sephardi Orthodox Shas party, served as a health minister under a Labor Party government from 1999 to 2001 and then as labor minister under Likud governments from 2001 to 2003. He was charged in 2008 with accepting bribes, breach of public trust and obstruction of justice for actions during his stint as labor minister. He had provided inside information to a contractor friend.What his brother said: It was the gays’ fault. “The entire system has tuned Shlomo Benizri into its target,” David Benizri said when his brother was convicted. “He was a man who wasn’t afraid to say what we, as religious Jews, did not dare utter. There are a lot of gays in the courts, the Knesset, the police and the State Prosecution, and I guess many Jews in the law enforcement system did not like to hear the truth.”What he served: Benizri appealed an 18-month sentence in 2008; the High Court increased the term to four years in 2009. He served 2 1/2 years and was released in March 2012 in part because of overcrowding in Israeli prisons. For a time he and Katsav were cellmates.
Aryeh Deri, interior minister 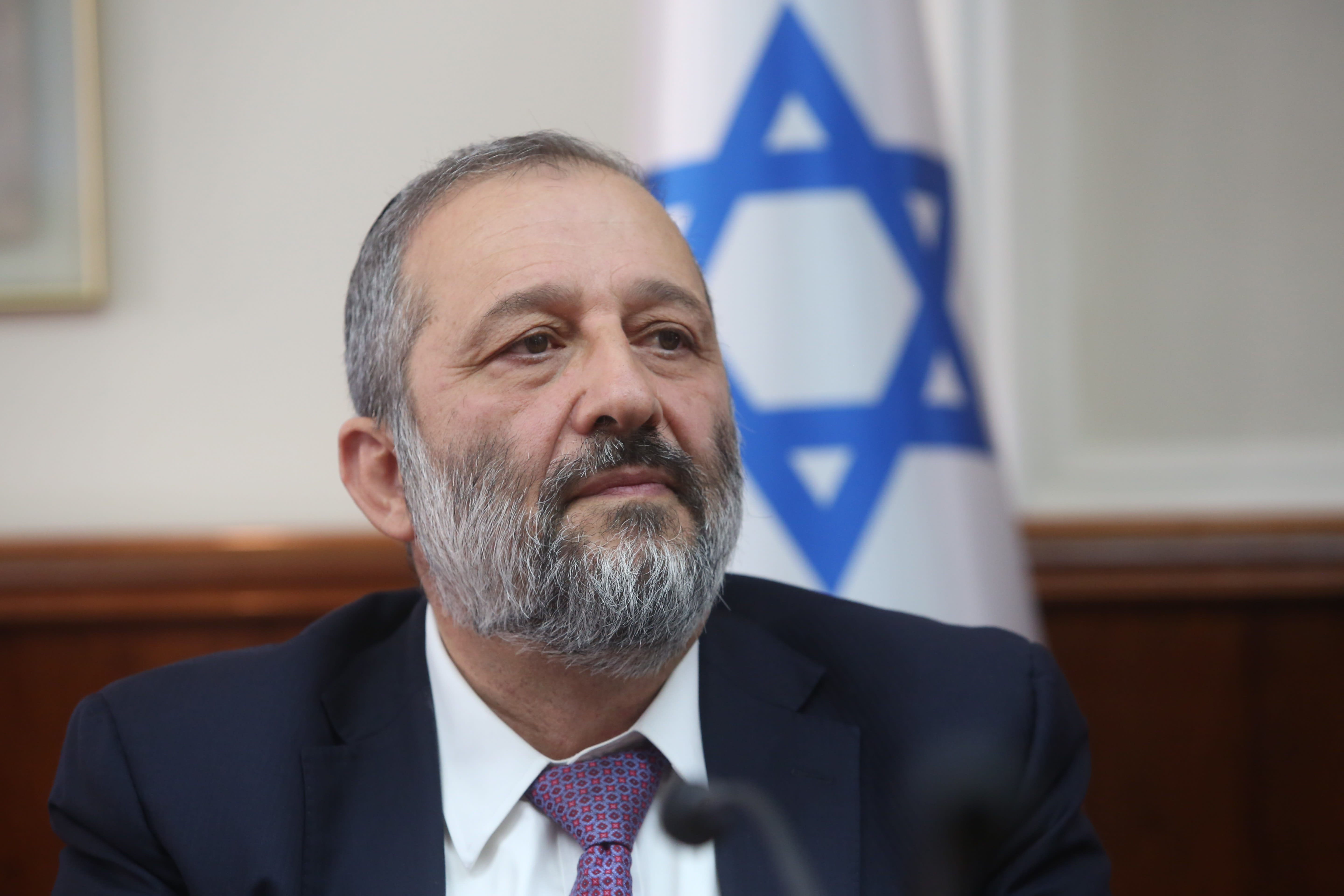 Shas party leader Arye Deri (Marc Israel Sellem/THE JERUSALEM POST)Deri, the Shas leader, was the interior minister from 1988 to 1993, under national unity, Likud and Labor-led governments. He was charged with multiple counts of corruption relating to using his position heading the Interior Ministry, which oversees local councils, to get towns and cities to dispense favors to friends and associates.What his rabbi said: God was protecting him. Rabbi Ovadia Yosef, the former Sephardic chief rabbi and the spiritual leader of Shas, called Deri to his apartment in 1993 and instructed him not to step down. Yosef said Deri’s “enemies will fall before him” because Deri “is guarded by angels.”What he served: Deri was sentenced to three years in 2000; he was released after 22 months in 2002.What we learned: Maybe Ovadia Yosef was right: Deri’s back in government — as interior minister.