A David and Goliath story come to life

For Gordon Robertson, CEO of the Christian Broadcasting Network, Israel's victory against all odds enabled the Jewish people to reclaim Jerusalem, a city taken from them thousands of years ago. 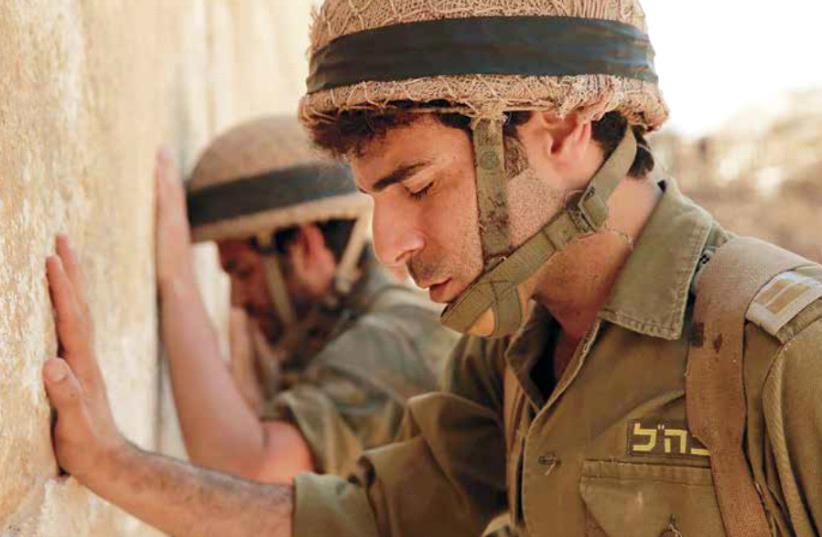 A scene from the movie ‘In Our Hands’
(photo credit: CBN)
Advertisement
For Gordon Robertson, CEO of the Christian Broadcasting Network, the Six Day War was much more than a historical event. Although Robertson was only nine years old at the time and lived 6,000 miles away from where the bloodshed occurred, the events of that summer in Jerusalem had a profound effect on him.“I vividly remember my father sitting all of us down and explaining to us the biblical significance of what had just occurred,” Robertson told The Jerusalem Post.“We had a lot of discussions about politics and world affairs around the dining room table, but this one didn’t occur around the dining-room table. This was one where Dad got us all out and we opened the Bible and looked at the verses that were just fulfilled.He underlined it for us. He made sure we understood the significance,” Robertson said, speaking of his father, the famous Southern Baptist minister Pat Robertson.For Robertson, the Israeli victory against all odds enabled the Jewish people to reclaim Jerusalem a city taken from them thousands of years ago.It is no coincidence, then, that one of the paratroopers depicted in the new docudrama by the Christian Broadcasting Network, In Our Hands, tells a fellow soldier, “We’re not fighting against the Jordanian army, we’re fighting against Titus.”The film, which will be released nationwide in the United States on May 23 (see box), serves two purposes: to follow the soldiers responsible for liberating Jerusalem and, secondly, to show how this battle was much more significant than Israel fighting three Arab nations; this was a battle for Jews to reclaim their ancient homeland.“We wanted to show the history of Israel, from a biographical standpoint. What were these Israelis like? What were they thinking at the time? I just found the story fascinating,” Robertson said.He was taken by the story of the 55th Brigade, which stormed into the Lions’ Gate and recaptured major holy sites that were previously forbidden for Jews to access.“I just found the soldiers of the 55th to be amazing,” Robertson stated. “Here are students, reservists, and they’re called into active duty, and they’re given one assignment in the desert in the Sinai and they’re then given two weeks to prepare for that. And then, at the last minute, they’re given two days to plan an assault on Ammunition Hill.”The movie depicts that battle in Jerusalem in detail and the many losses suffered; 36 Israelis and 71 Jordanians were killed that bloody night.What Robertson describes as an “Israeli version of Band of Brothers,” follows the personal story of the soldiers in that brigade and the many obstacles they faced.The story begins from a tense period where troops awaited entering into battle called “The Waiting,” and then ends 50 years later with surviving soldiers sharing their memories and how the war has impacted each of them and its overall significance.Although 50 years have elapsed since, the Israeli/Arab conflict is still very much alive and Robertson is skeptical of peace in the near future.“If east Jerusalem were to fall in Palestinian hands, as part of the peace process, I am certain that yet again there will be another ethnic cleansing and that the synagogues will be destroyed. There will be no Jews left in east Jerusalem,” he said, referring to pre-1967 when Jews could not enter the Old City.That said, he’s still hopeful peace will occur. The very fact that Israel was able to enter into a piece agreement with Egypt and Jordan, two forces that were dedicated to wiping Israel off the map in 1967 – shows that the impossible is possible.“Even after that, Israel was able to have peace with Egypt and then with Jordan, so there’s hope. But as long as the Palestinians have a pay-to-slay program, as long as they’re paying for terrorist acts, as long as they’re declaring a jihad against Israel, I really don’t see there’s much room for negotiation there,” he said.Although it is difficult to accurately portray every detail of the grisly war in an hour and 41 minutes run-time, the film has a lot to offer to those lacking basic knowledge of the event. But even for Israeli history buffs, there’s something to gain, considering the movie relied heavily on primary and secondary sources to make the war come to life on the screen.“Erin Zimmerman has done a wonderful job as the writer and director. She based everything in the movie on primary sources.Diaries, interviews with the surviving members of the 55th Brigade, Michael Oren’s wonderful book were sort of a statistical references for everything in the movie,” Robertson explained, adding that dialogue was often gleaned from the soldiers themselves.“If you know something about the Six Day War, you can go see the movie and perhaps get a different take from the viewpoint of the paratrooper brigade,” he said.“If you know nothing, about the Six Day War, you can spend an hour and 41e minutes and get a real good education of what Israel faced and the incredible victory against all odds and how a dream of generations became a reality,” he added.
Christian Broadcasting Network CEO, Gordon Robertson (CBN)
For more information on the film, and details on seeing it in the US on May 23, go to www.inourhands1967.com.