"This is a discovery of historic magnitude because this battle was the last battle fought by a Jewish army in Israel until modern times." 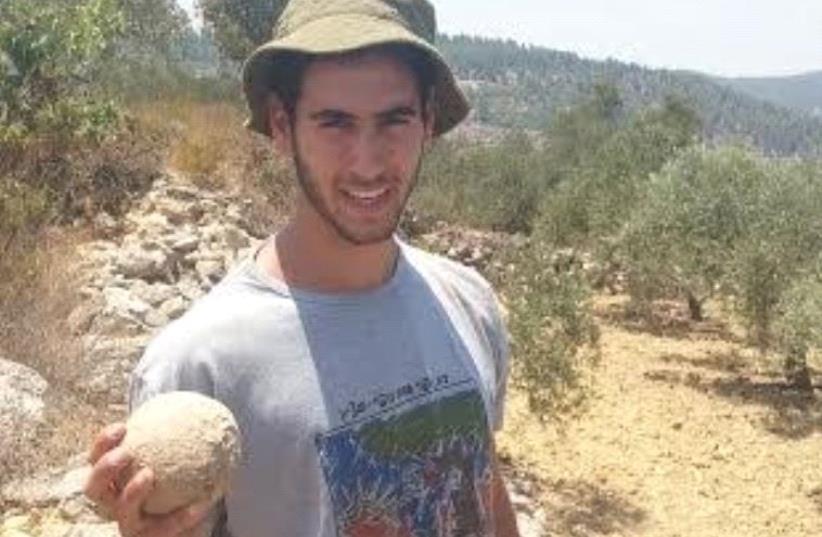 A student from the Kfar Etzion Field School holds a stone ballista ball used during the legendary Bar Kokhba revolt.
(photo credit: COURTESY AMICHAI NOAM)
Advertisement
An ancient ballista ball, claimed to be one of those used by Jewish warriors fighting against the Roman Empire during the Bar-Kochba revolt, has been unearthed by high school students in Gush Etzion, south of Jerusalem.The rebellion, led by Simon Bar-Kochba between 132 and 136 CE, was also known as the Third Jewish Revolt, because it was the final of three Jewish uprisings against the Romans due to religious and political persecution.It is estimated that many thousands of Jews died during the revolt, resulting in a massive depopulation of the communities inhabiting the Judean Hills.Many survivors of the battle were sold into slavery by Roman captors.On Monday, Yaron Rosenthal, director of the Kfar Etzion Field School, said the stone ball was discovered during an annual excavation in Gush Etzion led by school counselors shortly before Tisha Be’av.“The battle that took place there is said to have been fought by brave warriors, and shows the power and greatness of the Jewish fighters,” he said.According to Rosenthal, several school counselors helped students from around the country, who gathered for the annual trip searching for evidence of the ancient uprising.To date, some 2,000 ballista balls from ancient battles have been found in Israel, the Antiquities Authority said.