Liberman also slammed Orsher and praised Army Radio as doing the right thing in suspending him. 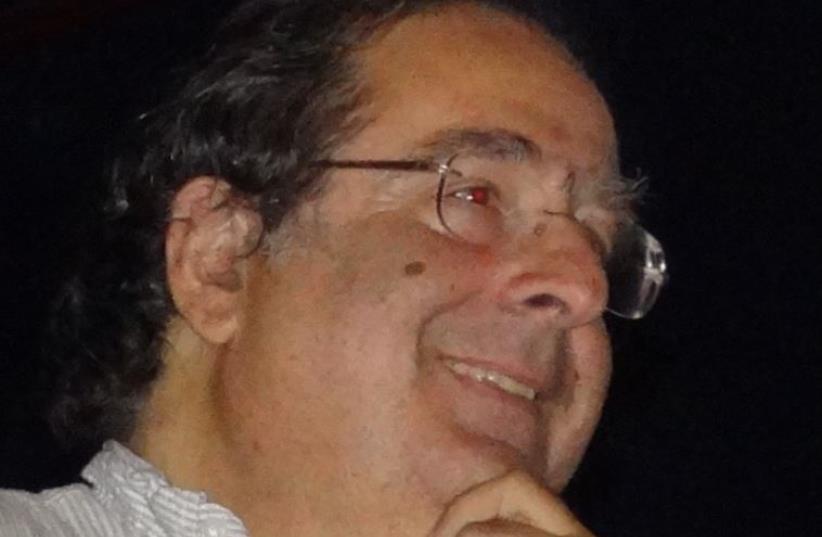 Gidi Orsher
(photo credit: HANAY/WIKIMEDIA)
Advertisement
Army Radio film critic Gidi Orsher responded to criticism on Sunday over the racially derisive remarks he made on his Facebook page over the weekend.“I have never written text locking horns with Mizrahim [Oriental Jews]. A number of politicians have found it right to promote their agenda on my account,” he told Army Radio on Sunday.Orsher says that his Facebook post was twisted out of context and was meant as a criticism against politicians and against “the same sectoral power groups who try to halt scientific and social advances.”He reiterated in the Army Radio interview that his post was misunderstood; it was not meant against people of Mizrahi origin, but rather against those who promote hate and divisiveness in Israeli society.He said his words were meant to “promote the good, love, and build bridges between the segments of society.”Orsher said that he stands behind what he wrote, although he offered his apologies “only to those who did not understand the depths of my heart.”On Saturday, Orsher wrote a Facebook post directed to “the Shas types on the one hand, the Eastern rainbow on the other and the professional wailers from the East.”He wrote: “The next time you have a heart attack, skip the bypass and put a chicken foot on your head – your grandmother’s remedy. The next time you are in a shelter when rockets are falling on your head, ignore the Iron Dome and recite Tehilim or wait for Rachel the Matriarch to protect you.”He continued with many more derogatory remarks along these lines touching upon fertility treatments, publishing writings, and academic degrees.He concluded by writing: “Next time you turn any difference of opinion into ‘arrogance’ and ‘racism’ in order to inflame emotions and try to earn a few more lame points of political and economic profit, put a rabbit’s food or a baby’s foreskin on your head and wait for a miracle. And wait and wait.”Orsher was suspended from Army Radio for his remarks, which drew harsh criticism from politicians of both Mizrahi and Ashkenazi descent.Prime Minister Benjamin Netanyahu responded to the comments saying they were “deplorable.”“A person with dark and racist ideas of this kind has no place in public broadcasting in Israel,” he wrote in a Facebook post. “Against the voices trying to create a rift between us, we must work together for unity among the people of Israel.”Shas leader Arye Deri told Army Radio that Orsher should not be allowed to “get Army Radio’s microphone or that of any other public station.”He said that he hoped his suspension was not a show to just “calm the things down for a day or two after which they will say a word and return him [to his post].”“Absolute racism, against a culture of people for thousands of years, to say it in such a comprehensive way against all these communities – this must stop,” Deri told Army Radio.Culture Minister Miri Regev also called for the immediate dismissal of Orsher from the Army Radio station on Saturday night.“Orsher proves how deeply ingrained the sense of patronage is among the most ‘civilized people’ and the Western media and the Left,” she wrote in a Facebook post.Regev continued to write that “each time a cultural figure or journalist allows themselves to say derogatory and ugly remarks against Eastern ethnic groups, against the values, traditions and beliefs of an entire community, I am filled with the strength to continue the struggle that in the end will lead to a cultural revolution here.”She called on Defense Minister Avigdor Liberman to “shake Army Radio from its foundations, to uproot the racism from its core and to instill social justice.”Liberman also slammed Orsher and praised Army Radio as doing the right thing in suspending him.He added that he believed that in light of the “bold and unambiguous statements that cannot be interpreted in any other way” his suspension should become permanent.