The doubling of the price could be linked to the new capabilities.

A dolphin leaps near the bow of Israeli navy submarine Leviathan during a sailing accompanied by a Reuters correspondent, in the Mediterranean Sea off the coast of Haifa.
(photo credit: IDF SPOKESPERSON UNIT VIA REUTERS)
Advertisement

The price of the new submarines that Israel has purchased from Germany may have doubled because of new weapon capabilities, possibly including a vertical launch system (VLS), Naval News reported on Wednesday.

The price of the three Dakar-class diesel-electric submarines built by ThyssenKrupp Marine Systems will cost €1.2 billion more than originally planned, costing Israel double for a total of €2.4b.

The deal to buy the three submarines was approved by the ministerial procurement committee without the public or the Knesset being notified, Haaretz reported, and that “the defense establishment insisted on completing the deal despite the price hike.”

According to a report in Naval News, the increase in price is likely due to the inclusion of a VLS, which would hint that the new submarine would have a “significant leap in capabilities” compared with the older Dolphin-class submarine fleet currently operated by the navy.

While most details about Israel’s submarine fleet are under heavy guard and rarely publicized, the Israel-bound subs in question are said to have 16 multipurpose torpedo tubes that can fire torpedoes, Turbo Popeye cruise missiles, and even swimmer-delivery systems. 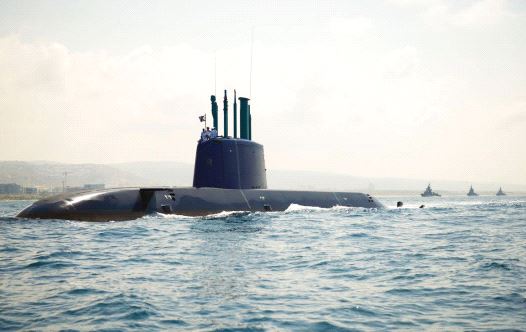 The report in Naval News said that the VLS would cause the submarines to be extended by “between 2.4 and 4 meters overall (8-13 feet), and would carry “between four and six vertical launch tubes.”

When installed on nuclear-powered attack submarines, the VLS would allow for even more weapons of different kinds to be deployed, compared with using only torpedo tubes that the current submarines have.

“If correct, the Israeli submarine is only the second modern AIP (air-independent propulsion) equipped submarine in the world designed with this capability,” Naval News said.

On Friday, the offices of Foreign Minister Yair Lapid and Defense Minister Benny Gantz announced that the government would vote on Sunday for the establishment of a state commission of inquiry into the so-called “submarine affair,” or Case 3000.

But it was delayed, according to reports in Haaretz, due to the government’s ongoing negotiations to sign the agreement with Germany for the sale.

The submarine affair is a scandal involving the multibillion-dollar submarine deal with Germany’s ThyssenKrupp AG conglomerate over several years in which corruption accusations have been leveled against former prime minister Benjamin Netanyahu and other officials, including former navy officers.

The Israel Navy announced in 2018 that the new submarines would be called “Dakar” in honor of the submarine that mysteriously disappeared as it sailed from the United Kingdom to Israel in 1968 with 69 crew members onboard.

The first of the new submarines will be delivered to Israel in 2027.