Zikaron Basalon events bring Holocaust survivors into lecture halls or other venues to educate about the Holocaust and share the harrowing tales of abuse at the hands of the Nazis. The latest event was hosted by the AJC (American Jewish Committee) at Danon’s residence in Jaffa and brought five other ambassadors from Europe, Asia, Latin America, and an Arab country.

“As a European, as a Frenchman and with regard to my own family history, I wholeheartedly understand the existential importance of remembering the horrors of the past, to make sure they never happen again. Hosting and listening to Ms. Eppel at the Résidence de France in Tel Aviv was a source of both pride and honor,” said Danon.

“The Memory in the Living Room event for diplomats is a tradition we hold every year, and previous events have shown us they are pivotal for those who attend them. We mobilize ambassadors to continue to preserve the memory of the Holocaust by committing them to prevent history from repeating itself and fighting antisemitism internationally,” said AJC Jerusalem director Avital Leibovich.

Survivor Betty Eppel, whose parents and brother perished in Auschwitz’s gas chambers, shared her testimony at the event, describing the saving of herself and her brother as nothing short of a miracle. Eppel and her younger brother, Jacques, survived thanks to Christians from the French village of Dullin named Victor and Josephine Guicherd, who fostered them during the war. Thanks to Eppel, the Guicherd’s were recognized by the State of Israel as “Righteous Among the Nations” – the famous distinction held by famous Holocaust heroes such as Oskar Schindler – last August. 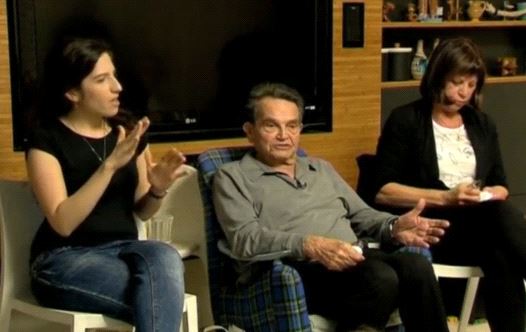 After the war, Eppel made Aliyah in 1964 and settled in Jerusalem. She remembers her time with the Guicherd’s fondly, as she said the entire town of Dullin protected the children and other Jews that were hiding there. Eppel currently works at the Israel Museum and is a member of a foundation focused on rescuing endangered children from Syria.