Reform and Conservative movements are expected to march toward the Western Wall while Haredim are arranging protests. 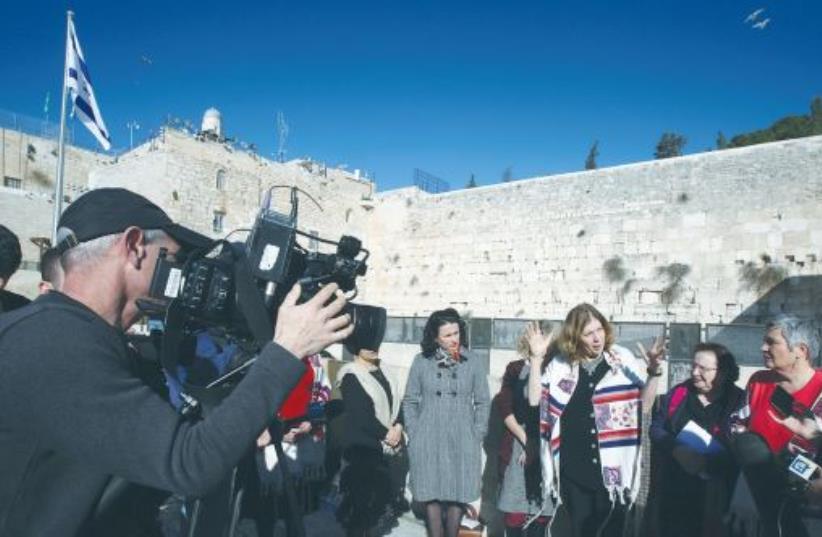 Clashes are expected on Friday between pluralistic streams and ultra-Orthodox activists at the Kotel.

This is the first time since the beginning of the COVID-19 pandemic that a large group of leaders from the Reform and Conservative movements from around the world will join in on the Rosh Hodesh (New Moon) prayers at the Kotel. A source in the Women of the Wall organization told The Jerusalem Post that “a march with Torah scrolls is planned for Friday. The march will begin at Dung Gate and will conclude at the Kotel [Western Wall].”

The march is protesting that “women are not allowed to read a Torah scroll at the Western Wall,” the source added, “and, of course, the non-implementation of the Western Wall agreement.”

The organizers expect hundreds of women and men to participate in the parade and the prayers.

Dr. Yitzhar Hess, deputy chairman of the World Zionist Organization, will be participating in the march.

“The government does not understand the level of frustration of Diaspora Jewry from this situation,” Hess said. “Almost all the leaders of the party members in the coalition stated before they were elected that during the first week of the formation of the government, they would implement the outline that Netanyahu signed, before he gave in to the ultra-Orthodox members of his government. And now, after eight months that nothing has happened, there is no room for disappointment. Tomorrow’s prayer will be a great cry of frustration but also of hope that the government, nicknamed ‘the government of change’ will do the required Jewish and Zionist act, and implement the Kotel agreement.”

Rabbi Chaim Kanievsky, the most senior non-Hassidic ultra-Orthodox rabbinical leader, was asked this week whether the haredi MKs should lead the struggle against the Reform and Conservative prayer service at the Kotel. According to the Israel Hayom newspaper, he replied in the affirmative.

Kanievsky is quoted as saying, “We must shout in prayer and protest their attempt to harm the sanctity of the Western Wall, in order to atone for the blasphemy they are committing.”

A few months ago, President Isaac Herzog was able to stop a huge clash between liberal and haredi MK’s at the Western Wall, while asking them not to participate, since it could create tension and disrespectful acts at the holiest site of the Jewish people. Recently, Herzog appointed President’s Residence Director-General Eyal Shviki to work behind the scenes while he was speaking to leaders of all streams of Judaism in Israel and the Diaspora. Behind closed doors, sources who spoke to Herzog said that the president sees as his highest priority to make sure there won’t be any barriers between all tribes of Israel.

At the beginning of the week, Prime Minister Naftali Bennett convened Reform and Conservative leaders in the first such meeting since former prime minister Benjamin Netanyahu withdrew from the Western Wall agreement five years ago. Bennett gave no concrete promise regarding the deal’s implementation apart from physical improvements to the holy site.

Nevertheless, several people who participated said the meeting was very positive. The meeting was supposed to last only for half an hour, but Bennett canceled his next appointment and stayed with them for an hour and a half. Blue and White MK Alon Tal, who is a Conservative Jew, said he did not leave the meeting disappointed. Bennett committed to ensuring the right to pray at the Western Wall without being harassed, and to improving its physical infrastructure in a significant way, Tal said.

Union of Reform Judaism president Rabbi Rick Jacobs told the Post on Thursday, “Tomorrow, on Rosh Hodesh Adar II, we are looking forward to celebrating the new month at the Kotel along with the Masorti Movement, Women of the Wall and all who are committed to ensuring that all Jews can pray freely at the Western Wall. With enormous spiritual strength and much love we will raise our voices together in prayer for a month filled with blessing, safety, unity and peace for all of our people here in Israel and in the Ukraine.”