EUROCOM admitted to bribery in deal in a separate case

On the eve of the testimony of what might be the most crucial state witness against former prime minister Benjamin Netanyahu, the prosecution on Tuesday got a momentous shot-in-the-arm, getting what was once Bezeq’s controlling company to admit to bribery in a spin-off case.

In the separate Tel Aviv District Court corruption case, EUROCOM, which is also at the center of the Netanyahu case before the Jerusalem District Court, agreed to a plea deal with a punishment of NIS 400,000 fine regarding the bribery charges.

The plea bargain included admissions of bribery during the years 2013-2017, while Shaul Elovitch controlled Bezeq and the Walla media outlet via EUROCOM,

Netanyahu’s defense lawyers downplayed the bribery admission, saying it was made purely based on economic, and not legal considerations, by an entity, EUROCOM, which is in the process of dissolution and had no connection to Netanyahu.

However, the prosecution can now argue to the Jerusalem District Court that at least elements of Elovitch’s empire have admitted to bribery overlapping with the Netanyahu-Elovitch case. 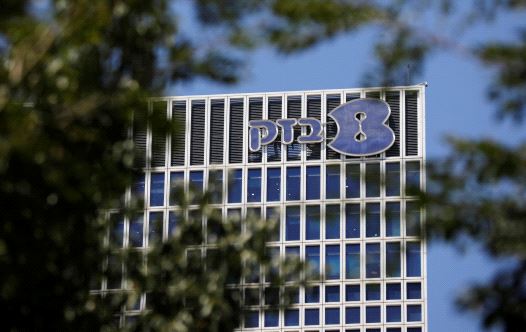 All of this comes right before Netanyahu will return to attend Wednesday’s testimony of a former top aide in the public corruption trial against him before the Jerusalem District Court.

Shlomo Filber, who served as Netanyahu’s communications ministry director-general before turning state’s witness in 2018 and is set to testify on Wednesday, was once Netanyahu’s campaign manager and, allegedly, one of the lead managers of his media bribery scheme in the Case 4000 Bezeq-Walla Affair.

Netanyahu has not attended the ongoing hearings since the start of the testimony of one other former top aide turned state’s witness, Nir Hefetz, this past November, and prior to that, he had only attended a small number of hearings in April 2021 and in 2020.

Along with Hefetz who previously testified, Filber is one of the prosecution’s two main witnesses who can directly finger Netanyahu as the alleged mastermind of the Bezeq-Walla Affair.

If Hefetz provided the prosecution’s narrative for allegations against Netanyahu on the Walla side of the case, Filber is expected to close the circle by providing the prosecution narrative against the former prime minister on the Bezeq side.

In fact, Filber’s testimony could be so damaging that avoiding his testimony was one of many reasons why Netanyahu was hoping to cut a deal with former attorney-general Avichai Mandelblit before the end of January.

Former communications ministry director-general Avi Berger has testified that he repeatedly stuck to his guns on the conditions for a YES-Bezeq merger, also benefiting EUROCOM, and ignored Netanyahu’s messengers, who he said were advocating problematic policies.

The prosecution has presented evidence that this made Bezeq, Walla and EUROCOM owner Elovitch furious, which he asked Hefetz to pass on to the then prime minister.

Following Hefetz’s passing that on to Netanyahu, Filber is expected to testify that on May 17, 2015, as soon as Netanyahu formed a new government, he fired Berger and replaced him with Filber to carry out Elovitch’s wishes regarding Bezeq.

He was confirmed for his post on June 7, 2015, and he will testify that shortly after that he was called to a special meeting with Netanyahu during which the scheme was hatched.

There has been some heightened controversy in recent days suggesting that Filber may look for ways to compliment Netanyahu and water down his allegations due to his wish to rehabilitate his image in the sphere of right-wing politics.

Allegedly, there was even previously a plot by certain Netanyahu aides to intimidate Filber into recanting his allegations against Netanyahu.

However, he is still expected to make a number of damaging claims against Netanyahu which will secure some of the prosecution’s main goals.

Meanwhile, Netanyahu is expected to confront Filber with years of his own statements he made defending the former prime minister’s conduct as well as statements lambasting the police as allegedly going after Filber unjustly, simply to manufacture a case to bring down his boss.