Finance Minister Avigdor Liberman: “We will always remember the fighting of the SLA fighters side by side with the IDF fighters.”

The government has approved a proposal to provide housing assistance to former South Lebanon Army soldiers. Many SLA veterans have faced housing difficulties for years since fleeing to Israel after fighting with the IDF against Hezbollah.

The proposal by Defense Minister Benny Gantz and Finance Minister Avigdor Liberman will give assistance to some 400 former soldiers who were not in command ranks and did not receive any assistance from the state.

As part of the proposal, it was approved that an SLA veteran will receive financial assistance for housing in a one-time amount of NIS 550,000. The grants will be issued from now until 2026, according to a hierarchy determined by an inter-ministerial team.

Assistance will only be given to those who served in the SLA or to the spouses of deceased SLA veterans, provided that they reside in Israel.

Integration of SLA fighters into Israel

This government’s decision is part of an ongoing process that began about four years ago. At that time, the IDF established a team led by Maj.-Gen. Itai Veruv to address gaps created in the integration of SLA fighters into Israel.

The IDF led the staff work with the Defense and Finance ministries in order to create a model to address the housing issues facing SLA veterans. That resulted in the formulation of the resolution proposal approved Sunday morning by the government, in cooperation with Gantz and Liberman.

The SLA was an outgrowth of the predominantly Christian “Army of Free Lebanon” splinter group that had broken from the Lebanese Armed Forces following the onset of the civil war in 1975.

With some 2,500 troops, the SLA was Israel’s key ally in south Lebanon against Hezbollah and lost a considerably higher number of casualties than the IDF. Following the unilateral withdrawal of the IDF from the security belt, some 7,000 family members of SLA soldiers and officers fled into Israel, which was only expecting 450-600 people to come.

And while they have been given citizenship, many former SLA fighters who are now 54-65 years old do not speak Hebrew. With no salary or pension, many have had trouble keeping a roof over their head.

Since 2000, thousands have left Israel for third countries and only 3,000 remain.

Those who fought for Israel

According to a statement released by the IDF Spokesperson’s Unit, the grant is being provided to those who fought for the State of Israel, “given the economic distress of most of them, in particular regarding the issue of housing.”

“The IDF considers it important to provide proper and respectful conditions to those who assisted us and linked their fate in the State of Israel,” the military said.

All SLA personnel living in Israel have been contacted over the past few years as part of the process and contact has been renewed with all SLA commanders “while mediating and bridging the rift between SLA commanders and combatants,” the military said.

Commenting on the decision, IDF Chief of Staff Lt.-Gen. Aviv Kohavi said that although it took several years, he is “glad that our efforts are bearing fruit today.”

“We have great appreciation and commitment to our brothers in arms, the soldiers of the Southern Lebanon Army, who fought alongside us for many years and risked their lives. They deserve a worthy and respectful life,” he said. “We have been working on the issue for four years and I am glad that our efforts are bearing fruit today. The road is not over yet, but we see this step as a significant and valuable achievement.” 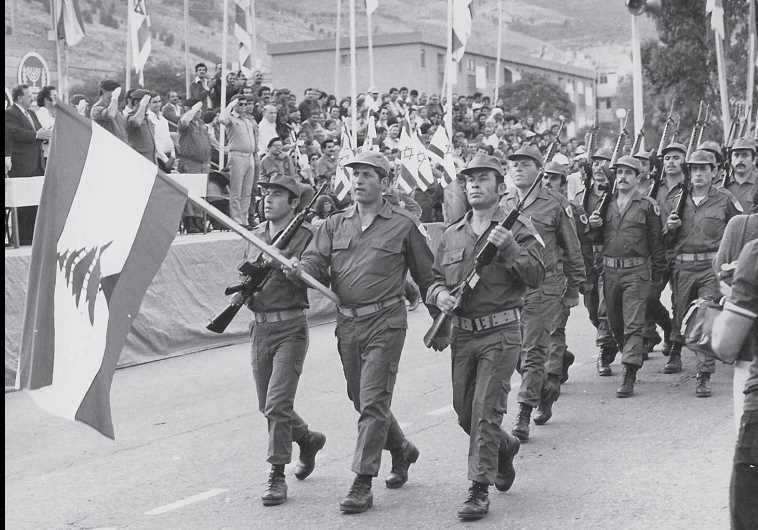 A unit from the South Lebanon Army marches in a Yom Ha’atzmaut parade in Kiryat Shmona in 1982. (credit: HERZ/JERUSALEM POST ARCHIVES)

The legacy of SLA fighters

In addition to the housing grant, an IDF team is also involved in commemorating the legacy of SLA fighters. It has inaugurated an SLA monument and has begun planning a museum to commemorate its fighting legacy in Lebanon in the northern Israeli city of Metulla.

SLA fighters have also been awarded a campaign pin that has been given to all troops who took part in the fighting in the security belt.

This is “historical justice for those who fought shoulder-to-shoulder with us and left their home and homeland,” Gantz said. “As someone who closed the gate on the way out of Lebanon more than 20 years ago, I feel great pride and privilege to close this circle as well, and I thank Finance Minister Liberman for pushing for this decision and for his commitment to SLA fighters.”

“This decision is a historic amendment that shows the value commitment of the State of Israel to SLA fighters,” Liberman said. “We will always remember the fighting of the SLA fighters side by side with the IDF fighters.”