Was a B’Tselem activist unfairly pressured by Shin Bet?

Both sides agree that Nasser Nawaj’ah was detained and questioned by the security agency (ISA) on Sunday, but they disagree about whether or not his detention was due to legitimate security concerns. 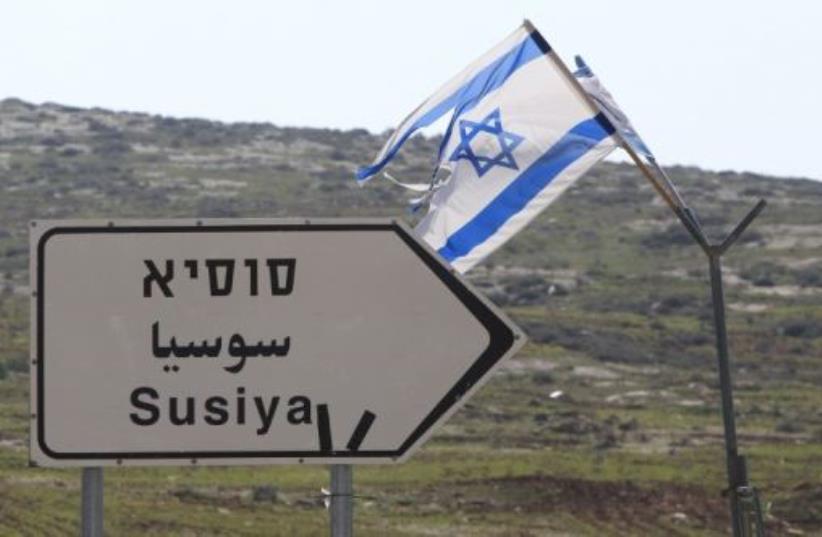 A road sign in English, Hebrew, and Arabic points to the Israeli settlement of Susiya
(photo credit: AFP PHOTO)
Advertisement

B’Tselem and the Shin Bet (Israel Security Agency) exchanged different narratives on Tuesday about a controversial incident involving one of the NGO’s field documenters.

Both sides agree that Nasser Nawaj’ah was detained and questioned by the Shin Bet on Sunday, but they disagree on whether his detention was part of legitimate security concerns or illegitimate harassment – and about how serious was the detention itself.

“Soldiers entered Nasser’s home in [the Palestinian village of] Susya and arrested him in the middle of the night,” according to B’Tselem. “He was then held, handcuffed, in a military camp for some 12 hours before being taken for a ‘conversation’ with the Shin Bet officer. That’s what Israel does with a Palestinian detainee who needs ‘softening’ before the Shin Bet proceeds to threaten him.”

Hagai El-Ad, the human rights NGO’s executive director and a regular critic of Israel, said that “‘Captain Yassin’ – a Shin Bet officer – ‘asked’ Nasser to ‘stop causing trouble.’ I suppose that when he said ‘trouble,’ he was thinking of the kind of research Nasser conducted in Khallet a-Dabe,” an Arab village in the South Hebron Hills.

Two sides to every story

Signs proclaiming Israel to be practising apartheid put up by B'tselem ahead of Biden's visit, July 13,2022 (credit: B'TSELEM)

In B’Tselem’s narrative, IDF troops were sent to train for several weeks in late June in Masafer Yatta, in the same area.

“During the army’s training, a bullet hit the roof of a Palestinian home in the village of Khallet a-Dabe,” though no one was hurt, the NGO said.

Nawaj’ah went to the village the next day, “climbed up to the roof and found something the military couldn’t, or didn’t want to: a bullet from a heavy machine gun. A bullet of that type could only have been fired by the military, probably from a heavy tank machine gun participating in the maneuver.”

The IDF had denied any bullet had been fired at or hit the relevant roof or area.

According to B’Tselem, Nawaj’ah was arrested because “the military lied. Nasser’s investigation proved that.”

The Shin Bet did not explain why it detained the field documenter, but it apparently did not view him as being “interrogated,” but rather his having had a much shorter conversation with one of its agents, in a location closer to where Nawaj’ah  lived than might have occurred if it had been a full interrogation.

It was unclear why he was detained in the evening and not during the day, if there was no criminal charge immediately in play.

Regarding the disputed bullet, the IDF said that immediately after receiving a report of one of the rooftops being hit, it halted the training exercise.

The military also sent investigators to the rooftop area and said that it probed all related issues that might clarify or prove what hit the rooftop.

After this probe, the IDF said it could not find sufficient evidentiary support that the rooftop had been hit.

It was unclear what dialogue occurred between the IDF and B’Tselem regarding the physical bullet found by Nawaj’ah, and what proof the IDF had on hand, if any, that it deemed inconclusive.

In addition, the IDF said that it set down directives for future training exercises to be more careful even though it had not found any clear proof that anything had gone wrong.

This is not the first time that Nawaj’ah has been detained by Israeli authorities, where it was unclear how strong the justification was for the detention.

According to a mix of media reports and prior B’Tselem press releases, Nawaj’ah was arrested for six days in 2016 before being released without being charged.

In 2021, he was reportedly brought in by the Shin Bet for a conversation under suspicion of having conducted work in an IDF training firing zone.

Nawaj’ah was then hassled multiple times at border crossings for murky reasons, which have not been publicly disclosed.