Likud candidate for Knesset is accused of sexual assault

The complainant said she was a professional advisor to Hanoch Milvizky when he sexually assaulted her. 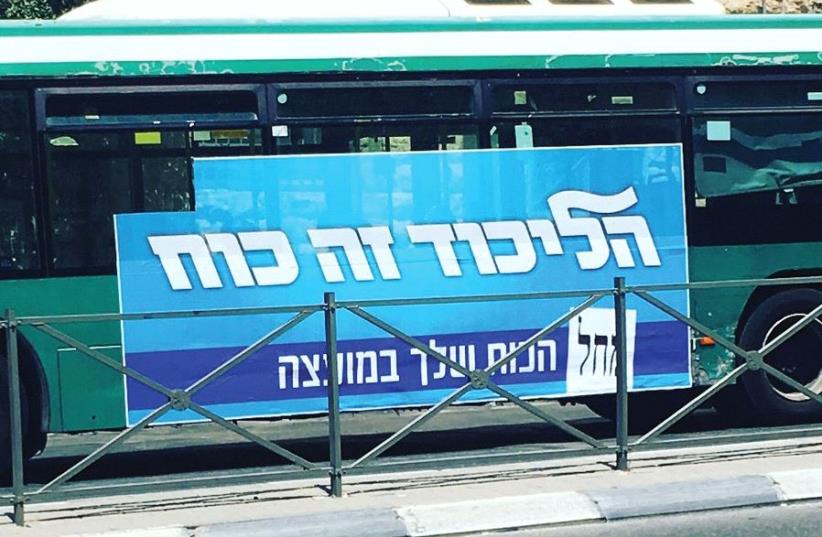 A sign on a Jerusalem bus proclaims, ‘The Likud is strength.’
(photo credit: ERICA SCHACHNE)
Advertisement

A woman accused a candidate on the Likud list for the Knesset of sexually assaulting her. She made the accusation in an interview aired Saturday night on Channel 12.

The candidate, lawyer Hanoch Milvizky, is expected to become an MK in the next government after he won a spot on the Likud list in the primary elections and was placed number 26 on the list. The woman who accused him of sexual assault was a past professional advisor who worked with Milvizky and took a lie detector test which showed her to be telling the truth.

"I feel like I'm giving this interview as a social duty because I don't think this is a person that needs to be given responsibility," the woman, who only identified by her the initial of her first name, K. told N12. "We finished a meeting, I went to walk him out, and at the door, he assaulted me and grabbed my hands and my body. I couldn't get away. I'm used to being strong and sure of myself, but I couldn't get out of that situation."

She went on to say that the front door of the house was close to a bedroom door. "He tried to drag me to there while assaulting me and me telling him to stop. I knew that if I raised my voice, my roommate would hear me, but I couldn't.

IF IT takes another round of elections to get the Likud to act, let it be. (credit: REUTERS)

K went on to say that she hadn't complained until now because she felt it would be no use, but that changed when she saw his poster.

"I was walking in Petah Tikva, and I saw his poster on a wall, and I had a PTSD moment. The second I saw his face, I suddenly didn't know where I was. I walked in circles around myself.

How did Milvizky respond to the accusation?

A representative for Milvizky denied everything.

"This is a fictitious story that was only raised for the first time after Milvizki was elected to the list for the Knesset by someone who was his client's daughter eight years ago," Milvizky said in a statement. "Following the publication on Facebook, the complainant was summoned to a hearing in court as part of legal action, but she refused to show up. Instead of showing up to court, the complainant chose to speak to the media, and therefore, her motives are clear."