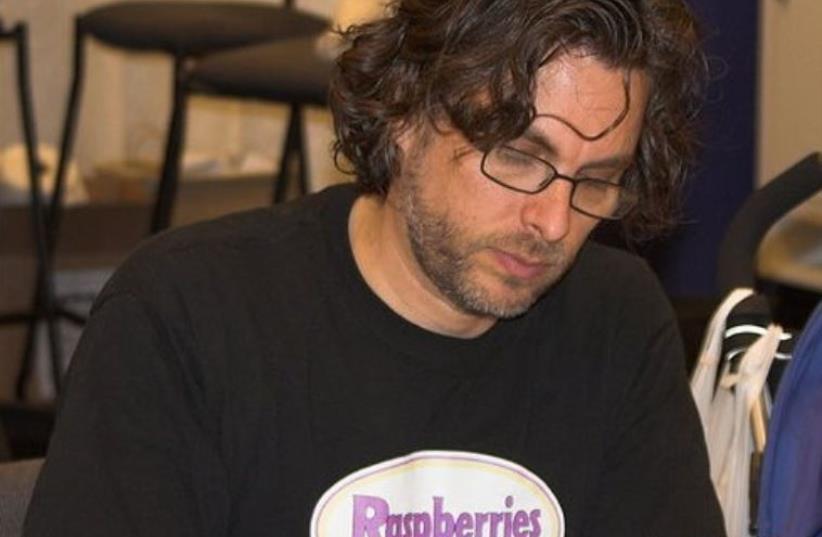 hotograph of author Michael Chabon at a book signing at WonderCon in 2006.
(photo credit: CHARLIE REIMAN/WIKIMEDIA COMMONS)
Advertisement
Celebrity American Jewish author Michael Chabon and Ayelet Waldman have joined forces with controversial NGO Breaking the Silence for a book focusing on '50 years of the Israeli Occupation.' Chabon (The Yiddish Policeman's Union) and Waldman (Red Hook Road) will edit essays written by prominent authors like Dave Eggers, Geraldine Brookes and Nobel Prize winner Mario Vargas Llosa, who will travel to the region this year to visit Palestinian cities and villages and meet with residents and activists, according to a press release issued Sunday. The release made no mention of the writers meeting with any Israelis or visiting Jewish settlements. Chabon and Waldman have both been publicly critical of Israel's policies in the territories.The first delegation of authors will arrive at the end of this month and include novelist Hari Kunzru and author Eimear McBride. Israeli writers like screenwriter Ala Hlehel, Assaf Gavron and Nir Baram will also contribute to the book, which is slated to be published in June 2017 by Harper Collins.