The man was arrested on Wednesday in suspicion of breaking in to two medical facilities and stealing personal items from the lockers of medical personnel while they cared for patients. 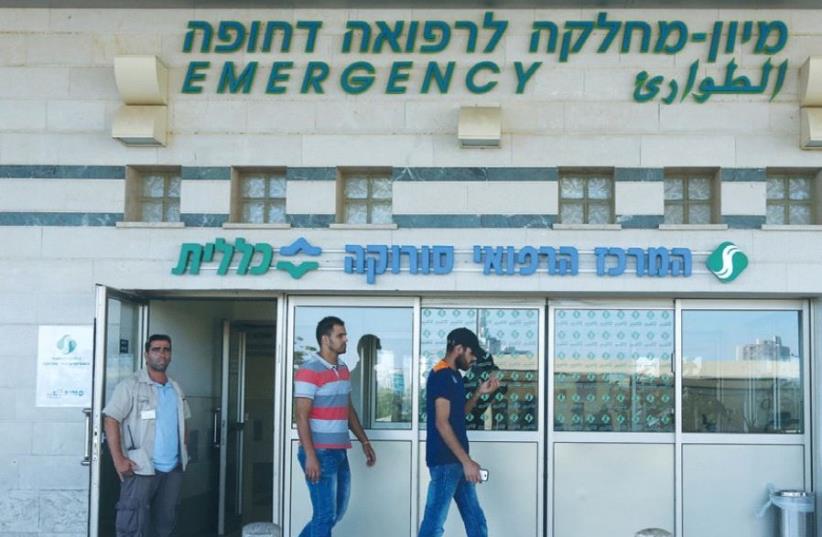 MEN EXIT the emergency room at Soroka University Medical Center in Beersheba.
(photo credit: MARC ISRAEL SELLEM)
Advertisement
Last Wednesday, Israel Police opened an investigation into break-ins at two medical institutions that took place in the city of Beersheba that morning, where the personal property of medical staff was stolen from inside their lockers while the staff were busy caring for patients.
Later that day, police had already identified a suspect: a 32-year-old resident of Beersheba, who was arrested. Following a search, some of the stolen items were recovered and returned to their owners.
On Sunday, after a thorough investigation was carried out by the crime-fighting unit at Beersheba station, a formal indictment was filed against the suspect by the police prosecution division for the crimes attributed to him.
"Alongside the national struggle against the coronavirus, the Israeli police continue to fight against property-related crime for the safety of the law-abiding normative citizen, Israel Police said in a statement on Sunday afternoon..