Chuck Norris to Netanyahu: You will always have my support

The prime minister joked that with Norris around, security was no longer a necessity. 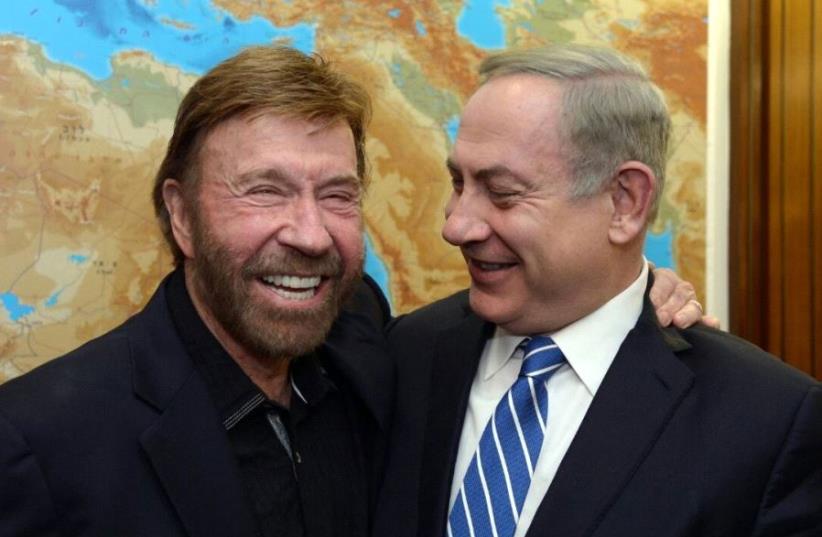 Benjamin Netanyahu and Chuck Norris
(photo credit: CHAIM TZACH/GPO)
Advertisement
Prime Minister Benjamin Netanyahu met with actor and martial artist Chuck Norris on Wednesday evening in Jerusalem.The prime minister joked that with Norris around, security was no longer a necessity. Norris reaffirmed his support for Netanyahu telling him, "You will always have my support." The Walker, Texas Ranger actor has boasted of the three movies he has filmed in Israel, including the 1986-action thriller Delta Force, directed by Israeli filmmaker Menachem Golan. He has also voiced his support for Netanyahu and endorsed him in both of the country’s last two elections.Netanyahu spent Wednesday relaxing, taking a break from the current investigations against him and international condemnation. The prime minister dined on hummus with Finance Minister Moshe Kahlon earlier in the day at Hummus Ben Sira, in Jerusalem.