MK Rosenthal said that his claim could be verified in "around two and a half months." 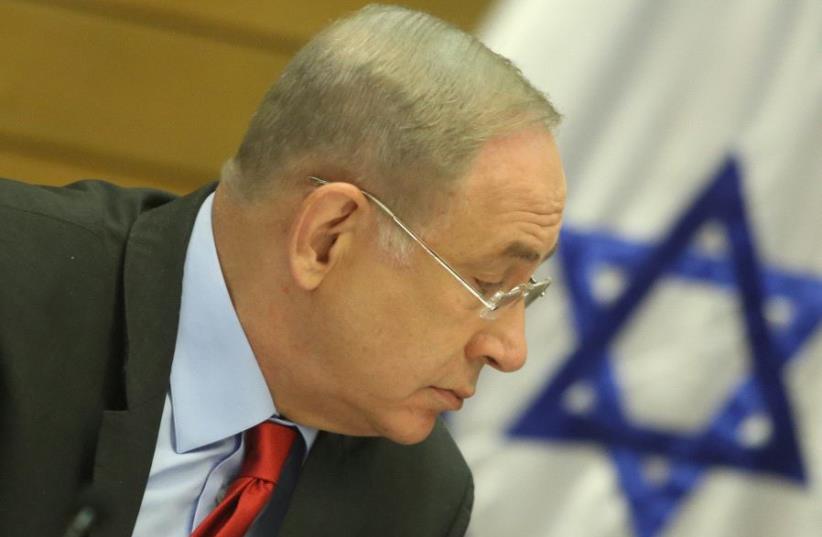 Benjamin Netanyahu
(photo credit: MARC ISRAEL SELLEM)
Advertisement
Zionist Union MK Mickey Rosenthal claimed on Saturday that police investigators have already decided to recommend indicting Prime Minister Benjamin Netanyahu for accepting illegal gifts.“The police have already decided to indict Netanyahu for breach of trust and the receipt of a prohibited gift. I say this based on knowledge,” Rosenthal said at a cultural event in Modi’in, later adding that his claim could be checked in “around two and half months.”Police have not made any official recommendations in the investigation. “We do not disclose details from ongoing investigations,” a police spokesman said on Sunday.The prime minister has repeatedly denied any wrongdoing in investigation termed “Case 1000,” which is based on allegations that Israeli movie mogul Arnon Milchan illegally gave Netanyahu and his wife, Sara, gifts worth hundreds of thousands of shekels, including cigars, champagne and jewelry.Australian billionaire James Packer is also suspected of giving Netanyahu’s son Yair lavish gifts in an illegal manner.While the police will issue a recommendation on whether or not to indict the premier, Attorney-General Avichai Mandelblit makes the final decision on filing charges.The Prime Minister’s Office released a statement saying that police may recommend an indictment for self-serving reasons.“After months of police leaks saying that they’ll recommend an indictment, does anyone think that they’ll have the courage to climb down from the tree and admit there is nothing,” the statement asked, adding: “As for the new spokesman of the police, Mickey Rosenthal, speaking on his own behalf, and his friends from the Left, we say: Look for salvation elsewhere.”Rosenthal’s statements came as a top prosecutor on the Justice Ministry team investigating the prime minister said that “there is no such thing as gifts which are too small” to be criminally investigated.Speaking at a conference on Thursday, Tel Aviv Economic Crimes Division director Liat Ben-Ari said: “When we are referring to presents worth hundreds of thousands of shekels, it is hard for me to accept that we are talking solely about presents between friends.”“I know that between myself and my friends, none of us receives presents of that value,” she said.Ben-Ari led the prosecution against former prime minister Ehud Olmert in the Holyland Affair real estate corruption case.Attorney Yaakov Weinroth, who represents the prime minister, said in January: “Any reasonable person knows that someone bringing their friend cigars is not a criminal offense.”In late April Channel 2’s Amnon Abramovich reported that the police will soon recommend indicting Netanyahu despite not questioning Packer in the case. Netanyahu was questioned for a fourth time in March by police investigators from the Lahav 433 anticorruption division at his Jerusalem residence.Yonah Jeremy Bob contributed to this report.