Charges against soldiers for invasive search on Palestinian woman dropped

Littman said that the investigation found insufficient evidence to bring charges against the two female soldiers who performed the cavity search, one of whom is a doctor. 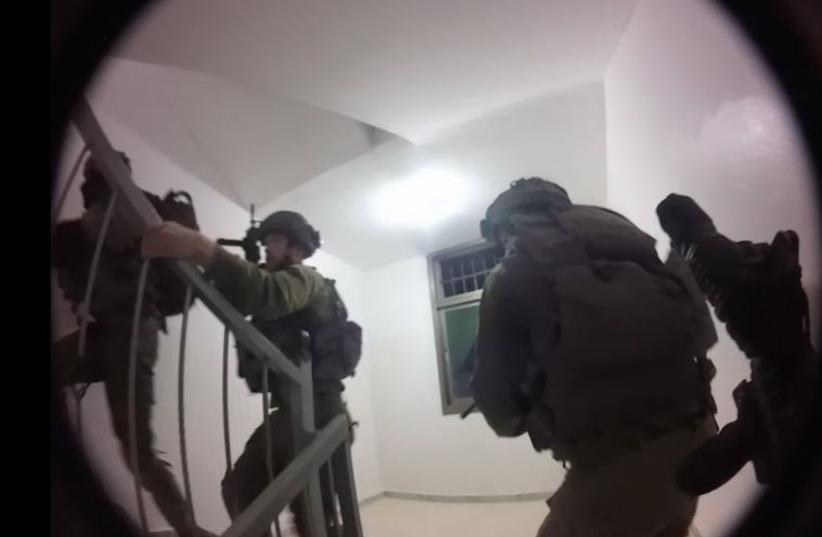 The Duvdevan unit of the IDF carrying out an arrest
(photo credit: IDF SPOKESMAN’S UNIT)
Advertisement
Deputy State Attorney Nurit Littman, decided on Tuesday to adopt recommendations by the Tel Aviv District Attorney's Office and the Police Investigations Department (DIP) and drop charges filed by a Palestinian detainee regarding an invasive physical search of her body - which was performed without sufficient probable cause - during a joint operation by the Shin Bet and IDF forces in 2015.Littman said that the investigation found insufficient evidence to bring charges against the two female soldiers who performed the invasive cavity search - one of whom is a doctor - due to a lack of clarity as to both the identity of the person who gave the order to perform the search and the contents of said order.
Initial interrogations showed that testimony taken from the IDF officials involved differed from that of the Shin Bet officials involved about what was done and why.
Littman said however, that the search was an invasion of the woman's privacy and dignity, urging that the head of Shin Bet discipline the soldiers in their units and look to see how protocols can be improved to avoid similar situations in the future.
"After examining the findings of the investigation and weighing all the relevant considerations, and after a number of additional investigative actions were carried out as part of the investigation, it was found that there is a lack of sufficient evidence, among other things, regarding the source, content and circumstances of the command to perform the search," Littman wrote.
"Therefore, in the absence of sufficient evidence, it is not possible to prosecute any of those involved in this incident, whether in a criminal proceeding or in a disciplinary proceeding," she added.
"At the same time, it must be clarified that the investigation revealed that, although there was no intention to harm the Palestinian detainee, the conduct of those involved does not meet the standard expected and required of them," Littman said, before adding that the Shin Bet head should be in charge of disciplinary actions.
A third individual was demoted from his post in the Shin Bet in 2019 for his role and participation in the 2015 incident.